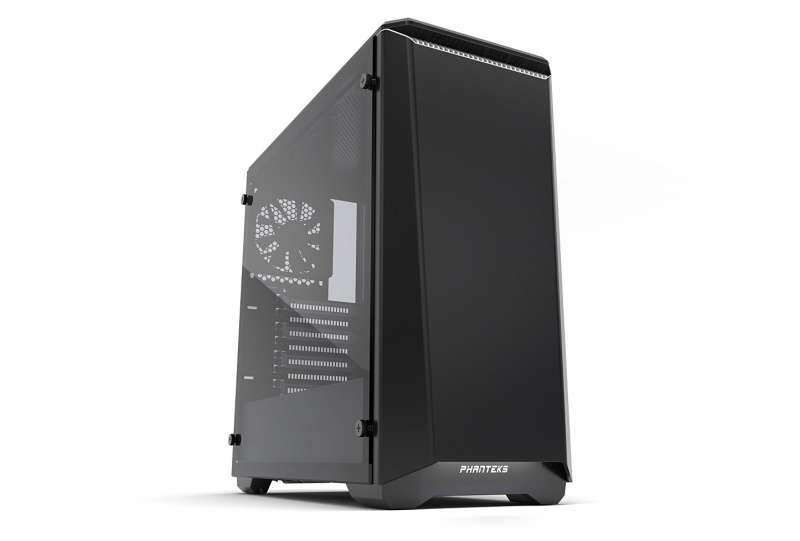 Welcome to our Best Gaming Workstation PC Build Under $1,500 build guide! In this article, we’ll be showing you all the components you’ll need to put together a workstation that can not only handle serious work, but also play as well.

Let’s see how we did! 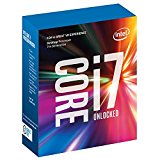 The Intel Core i7-7700K is currently the latest flagship mainstream Intel processor and is the processor of choice for our $1,500 gaming workstation build.

Additionally, the Intel Core i7-7700K is also a K SKU processor, which features an unlocked multiplier for additional performance with overclocking. As we outfitted the build this month with the aftermarket Cooler Master Hyper 212 EVO cooling solution, depending on the overclocking potential of the CPU, this could potentially yield an additional performance increase around 5-15% or more with a mild overclock. 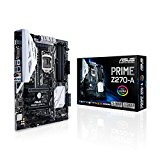 For the motherboard for our gaming workstation build, we decided to utilize the ASUS Prime Z270-A.

While the ASUS Prime Z270-A is an excellent motherboard for those looking to build gaming systems, it also has plenty of features for workstation users. Based on the Intel LGA 11551 socket, the ASUS Prime Z270-A features support for up to 64GB of DDR4 RAM. Expansion options include PCIe 3.0, USB 3, Thunderbolt 3, M.2, and Intel Optane Memory as well.

The ASUS Prime Z270-A also features ASUS’s 5-Way Optimization which will allow easy overclocking of the Intel Core i7-7700K processor featured in this build. This will allow those who have never done any sort of CPU overclocking an easy way to gain some additional performance.

When it comes to rock solid, stable, high performance memory, there aren’t many memory kits out there more highly recommended than Corsair.

For our gaming workstation build, we opted for a 16GB (2x8GB) DDR4 Corsair Vengeance LPX 2666MHz kit which is a perfect memory kit for this setup. Not only is the Corsair Vengeance LPX a low profile kit, meaning it won’t have any issues with cooler clearance, it’s also 8GB per DIMM which leaves two DIMMs free should the need to upgrade to 32GB arise.

As a gaming workstation build with a budget, we decided to put more emphasis on the CPU and RAM as these are typically more heavily used in productivity applications such as photo editing, video editing, video encoding, 3D modeling, CADD, and more.

However, despite putting a significant amount of the budget towards the CPU, we were still able to opt for the MSI GeForce GTX 1060 Gaming X 6G as it’s able to stay within budget, yet provide excellent performance for 1080p or 1440p gaming at medium to high settings. Those who want a bit more performance can upgrade to the ASUS GeForce GTX 1080 8GB ROG STRIX which will be necessary for those who want good performance with monitors with faster refresh rates such as 144Hz gaming monitors, gaming at 4K resolutions, or VR gaming.

Those interested in strictly using the system for work rather than play are highly recommended to go with a true workstation graphics card such as the Nvidia Quadro or AMD Radeon Pro graphics. These professional class graphics cards have drivers specifically coded to work with professional applications which means more optimized performance compared to a consumer oriented card. 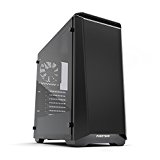 Workstations are designed for work, but that doesn’t mean they can’t be pretty. As such, we decided to go with the Phanteks Eclipse Series P400S Silent Tempered Glass Edition for our $1,500 gaming workstation build.

Back at CES this year, we had a chance to be one of the first to check out the Phanteks Eclipse Series P400S Silent and it was a case we were very impressed with. Featuring plenty of expandability options, tool-less design for easy building, sound dampening to reduce fan noise, and high quality materials, there’s really no better choice for a quiet gaming workstation build than the Phanteks P400S Silent. However, with the recent introduction of the P400S Tempered Glass Edition, Phanteks has proved that there is a better choice out there with the same features as the P400S, except with a beautiful tempered glass sidepanel to match.

Typically on a workstation build under $2,000, one of our main recommendations is a combination of a small, fast SSD with a large traditional HDD. This way we get both the high performance of a SSD while also getting the high capacity/low cost benefit of HDDs.

However, with SSD prices now becoming more and more affordable, we’re able to fit a Samsung 850 EVO with 500GB of capacity into the budget, allowing super fast SSD performance for not only applications, but data as well. Of course if that’s not enough and given you have the budget for it, the Samsung 850 EVO is also the only consumer SSD on the market that features up to 4TB of capacity.

Those who need additional capacity yet don’t have much of a budget to work with can also opt for the slower traditional HDD in addition to the recommended SSD or as a complement to a lower capacity SSD. An excellent choice for a HDD for this application is the Western Digital Black which offers good performance, high capacities and a five year warranty for peace of mind.