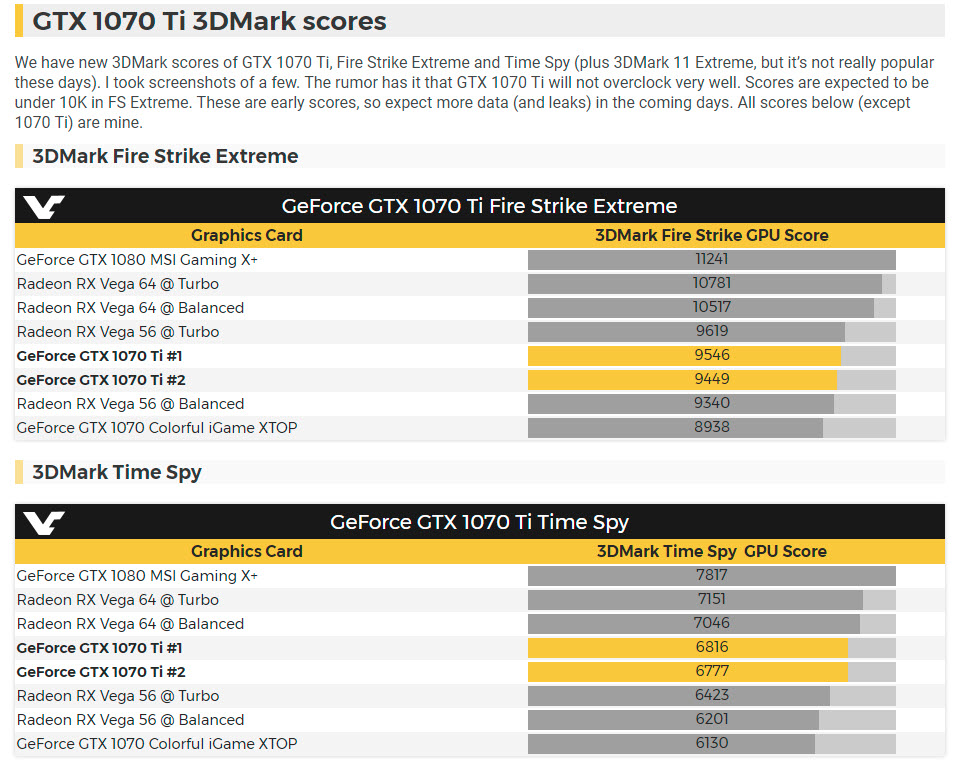 The benches are from 3DMark 11, Fire Strike, and Time Spy. When compared against Videocardz own database, the Nvidia GeForce GTX 1070 Ti was shown to be faster than AMD’s Radeon RX Vega 56 in Time Spy, but was about even in Firestrike.

The Nvidia GeForce GTX 1070 Ti is expected to use the same GP104 GPU as the GTX 1070 and GTX 1080 but with just one SM disabled. This gives it a grand total of 2,432 CUDA cores. The GPU will also be paired with standard GDDR5 and not the faster GDDR5X.  It’s also speculated that the card won’t be a great overclocker to more significantly differentiate itself from the TX 1080.

The Nvidia GeForce GTX 1070 Ti is rumored to be released on October 26.