For those waiting patiently for the Samsung Galaxy Tab S3, specifications of the upcoming tablet may have inadvertently been leaked through a test result uploaded to the GFXBench database. 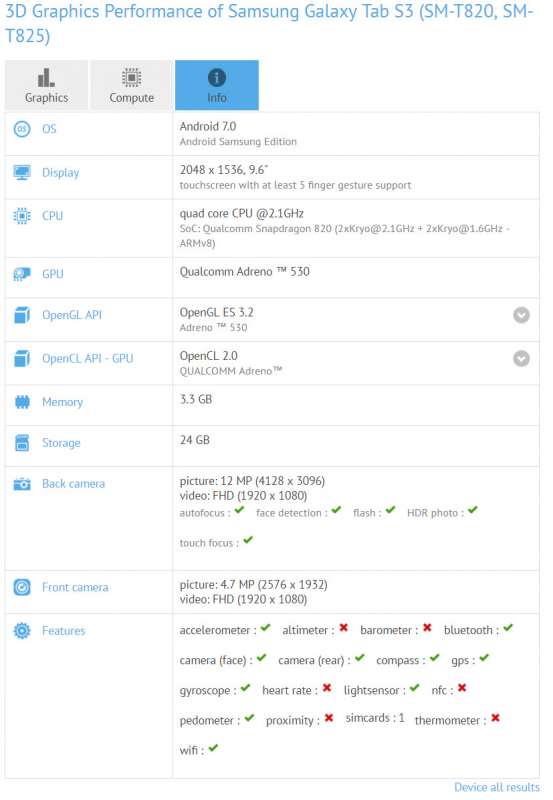 According to the benchmark result, the Samsung Galaxy Tab S3’s model number will be SM-T820 or SM-T825. The particular device that was benchmarked will feature a 9.6″ 2048×1536 display, Qualcomm Snapdragon 820 SoC, Adreno 530 graphics, 4GB RAM, and 32GB onboard storage. It’ll also feature a 12MP rear camera along with a 4.7MP front facing camera, and will be running Android 7.0 Nougat “Samsung Edition” out of the box.

Samsung has previously been rumored to launch the Galaxy Tab S3 sometime in 1Q2017, likely at Mobile World Congress in Barcelona.