As we creep towards the August 21 launch date for Intel’s Coffee Lake CPUs, more details continue to pour out, this time in the form of a specifications sheet for the Coffee Lake i3 SKUs. 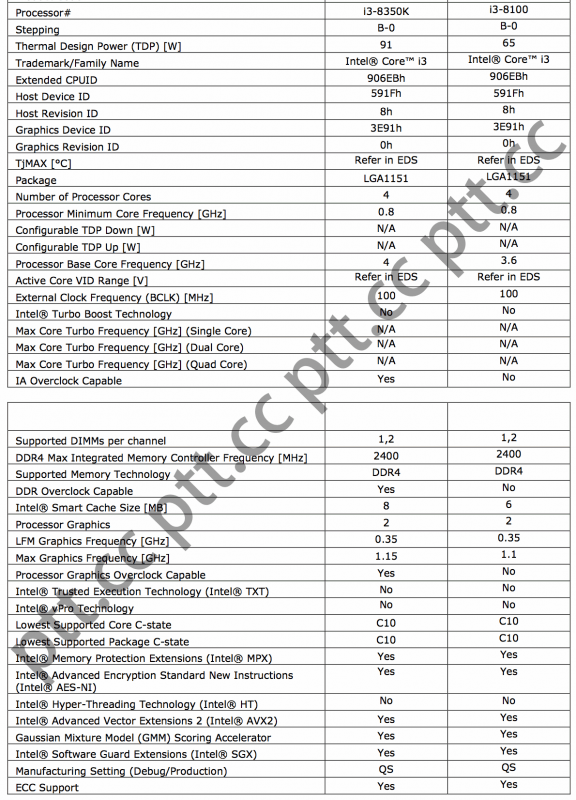 The release of its Coffee Lake CPUs will be the first time Intel is expected to increase the physical core count for its entry level consumer CPUs since Bloomfield from 2008.

Feeling the heat from AMD’s Ryzen CPUs, Intel appears to be aggressively trying to regain competitiveness at the entry level, which is a much needed win for consumers. Stay tuned for more.