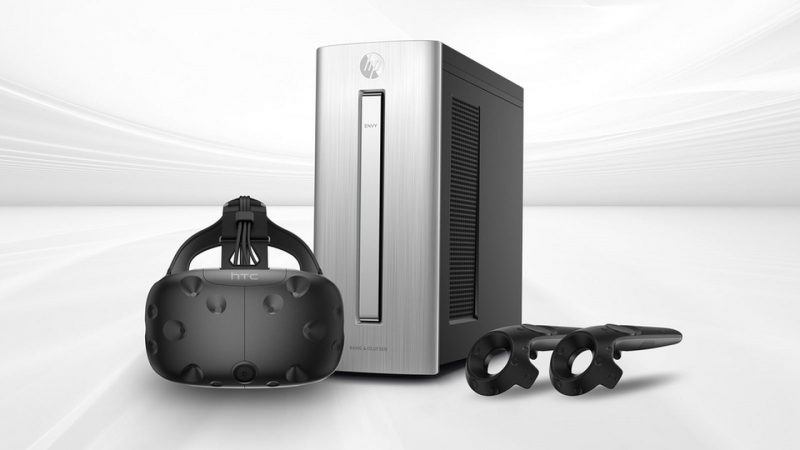 A couple weeks ago, Oculus announced a cheap $499 VR ready gaming PC in partnership with boutique PC builder CyberPowerPC and it looks like HTC is ready to fire back with a VR PC partnership of its own.

According to a recent announcement, HTC is partnering up with HP to announce a VR gaming bundle which includes the HTC Vive headset along with the HP Envy 750-415VHR PC for $1,499. Specs on the HP Envy 750-415VHR include an Intel Core i5-6400 Quad Core CPU, 8GB DDR4 memory, Radeon RX480 graphics card, and 128GB SSD + 1TB HDD. The bundle will also include two VR games which include theBlu: Encounter and The Lab.

The new HTC Vive Ready HP Computer Bundle is expected to go on sale later this year. Those interested can sign up to be notified when it’s available. Of course, if you can’t wait CyberPowerPC is selling their similarly spec’d Gamer Xtreme VR GXiVR8020A Gaming PC which includes similar specs for just $699.99. Tack on a HTC Vive for $799.00 and you’re ready to experience some VR.