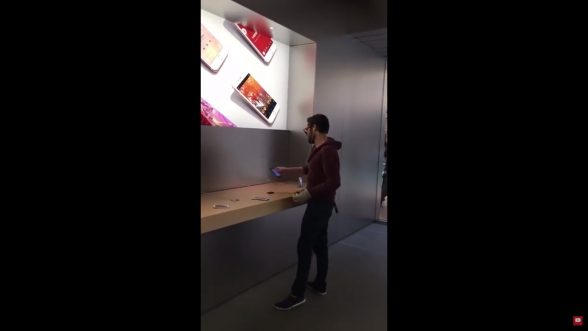 Sometimes… you just feel the urge to walk into an Apple store and just smash some iPhones. With a petanque ball, of course.

Case in point. A viral video has been circulating on the interwebs of a guy who literally walked into an Apple store in Dijon, France and started smashing every iPhone he could came across. Every. Single. One. Like a freaking boss. We counted at least 12 iPhones smashed in addition to a MacBook of some sort.

The reason for this assault? Apparently Apple refused to offer him a refund and he claims that Apple has violated his rights as a consumer. Violence solves everything, right kids?