Several years ago, Phanteks launched the Enthoo Luxe case which was and still continues to be an excellent full tower case. While I didn’t get a chance to review it at the time, it was easily one of the best reviewed cases on the market with a full tower form factor, sandblasted aluminum exterior, completely tool-less design, great cable management options, and beautiful LED accents that made it well worth its $150 pricetag.

That said, there’s really no case that can’t be made better with a tempered glass sidepanel which is exactly what Phanteks recently added to their Enthoo Luxe. While I can resist reviewing a great [...]

Phanteks is a name that has been making waves in the case industry, designing some highly innovative and really sweet looking cases. It also happens to be personally one of my favorite brands (I myself run an Enthoo Luxe). Earlier this week, they showed off several of their new cases at CES.

In a world where everyone seems to be trying to build smaller and smaller cases, ThermalTake decided to go the complete opposite direction this Computex to build some of the largest cases we’ve ever seen.

Above we have the ThermalTake W200, which is the new flagship case in ThermalTake’s premium lineup. The case literally has enough room for two complete systems (or one system with an insane watercooling setup) and can run pretty much anything you want period.

If that’s not enough space for you or you just want your W200 to sit relatively empty, that’s OK because ThermalTake is also offering a (not so little) [...]

After years of being the standard when it comes to cases and coolers, Cooler Master fell into a slump lately after a series of bad product launches, lack of real innovation and an ever expanding catalog of “following the trend” products. Last year, when we met with Cooler Master at Computex, Cooler Master told us they were going to restructure and redefine their brand starting by simplifying the product lineup, improving customer service, and most important of all, introduce some new, innovative never before seen products rather than ones that simply “copycat” the competition.

After what seems to be years of waiting, Cooler Master finally [...]

InWin pushed out their latest creation at Computex 2015 and quite frankly, it’s one of the few things at the show that made us say “what the hell is that?” in delight.

In its tower shape, the InWin H-Tower looks like a vertical case with a beautiful brushed aluminium finish and carefully cut seams to let your LED light bleed out in the dark. But using an app on your cell phone or tablet, each “blade” of the chassis opens up in a fantastic transformation that would make Optimus Prime jealous. Apart from making your system looking like it’s forged by an alien race, the opened mode also makes swapping components a breeze. InWin [...]

Before we left CES, we also had a chance to talk to Corsair about some of their latest cases.

One of Corsair’s main attractions for CES 2014 was the Corsair’s Graphite 760T full tower case, which is the full tower brother to the Graphite 600T. The main feature on the Graphite 760T is the dual full size windowed swing-out side panels. The panels are constructed of acrylic, with one side being transparent and the other opaque to “highlight the internal components”. Of course, it’s not just beautifully designed on the outside as its roomy interior has 9 expansion slots, 4 tool free 2.5″ side mounted SSD drive cages, and six [...]

You know, after reviewing a number of CyberPowerPC systems, I’ve always wondered how some of their naming schemes work. I mean, with a name comprised of badass sounding greek gods, natural disasters, adjectives, and numbers combined to form a single name that makes almost no sense, but sounds ridiculously awesome, it almost makes you wonder where the heck they come up with all these names.

Thermaltake, an industry leader in computer chassis, thermal solution, and power supply unit today launched another new member of Chaser Series- Chaser A41 mid-tower gaming case. After introducing Chaser A31, Chaser A41 simulated the design concept that is also for computer gamers and enthusiasts that deliver a combination of strong cooling, powerful performance but a more, greater expandabiilty.

Chaser A41 has continued the e-sports appearance and outstanding protection designs inspired by Tron that characterize originality. From [...]

Truth be told, when I first laid eyes the CM Storm Trooper last year, I wasn’t quite sold. Not because it wasn’t a good case, no, on the contrary, it was a great case; possibly among the best Cooler Master has ever made. But, compared to some of the other stuff on the market (some even from Cooler Master themselves), it just seemed a bit dull – a bit boring even.

Why? Well, it’s a high end gaming case designed to house some of the most beautiful, most expensive computer components in the world, and Cooler Master forgot to give it a windowed sidepanel. Oops! In addition, the outward appearance of the case seemed kinda dull [...]

Since 2004, NZXT has been bringing all kinds of unique and innovative case accessories, cases, and CPU coolers to the enthusiast/gamer markets. One such case accessory of course is case lighting, which is probably one of the easiest ways to give your windowed case a brand new look.

This is why today, we’re going to be taking a look at NZXT’s latest case lighting kit, the NZXT HUE. The HUE, unlike most LED lighting kits on the market, is a fully customizable RGB (Red Green Blue) LED light strip. Because the HUE uses LEDs to produce lighting, it allows the HUE run cool and be very power efficient while still being able to [...] 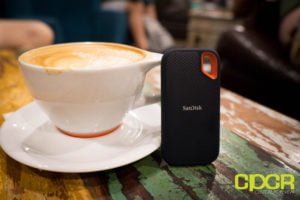 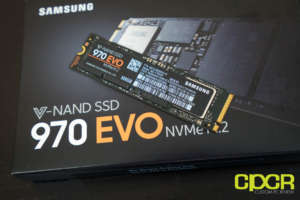 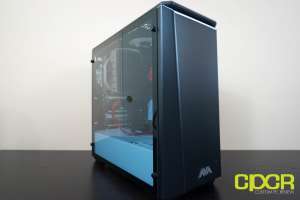 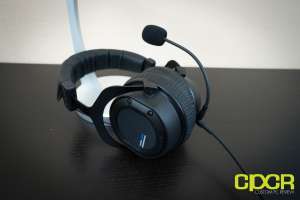 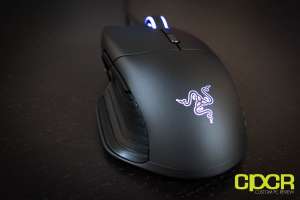 How to Rebuild Search Index File in Windows 10