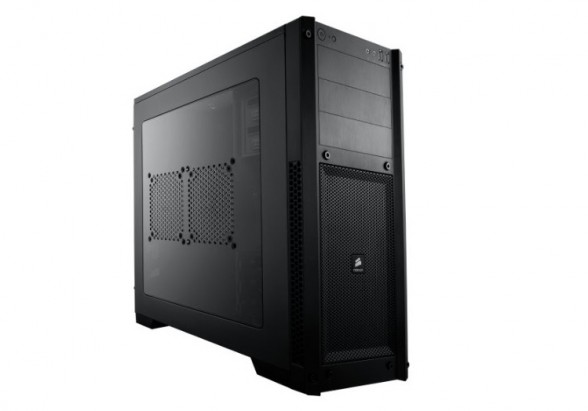 Wow. Until a lot of you guys messaged me over the past couple weeks, I had no idea that the last time we did a $1,00 gaming PC build guide, it was all the way back in December of last year. Guess it was about time to update that old thing!

So for our gaming PC build this month, I started off trying to put together a gaming PC build at the $1,000 range. While I had no trouble doing that, in order to fit the $1,000 budget, I ended up having to make a lot of compromises that I wasn’t willing to make on this build. Now before starting the build, I wanted to put together a solid mainstream system that had all the next generation technologies any gamer would be looking for. Technologies such as a high performing graphics card, an overclocking friendly Intel Core i5 CPU, and a SSD. Unfortunately, at the $1,000 budget, I felt like it wasn’t enough budget to get what I wanted, so instead I bumped up to the $1,200 budget, which allowed me to put together what I think is the absolute best mid-range gaming PC build you can get.

Ready to find out what I came up with? Let’s take a look!

The specific Core i5 processor I settled on for our gaming build today is the Intel Core i5-4670K. Now it’s not the first time I’ve recommended the Intel Core i5-4670K. I’ve recommended it on a number of gaming PC builds in the past and I think it’s pretty much the best processor you can buy if you’ve got a budget of $1,000 or over. It has plenty of single threaded performance, which is great for most applications such as launching a browser, starting Microsoft Word, or playing a game, and it’s also a quad core CPU, which means it’ll take care of whatever apps you have that can take advantage of multiple threads. Of course, it’s not 100% optimal if you’re planning to use tons of multi-threaded applications such as video editing or 3D graphics design (For that, go with the Intel Core i7-4770K), but if gaming, web browsing, Netflix, and Microsoft Word is all you’re looking for, the Intel Core i5-4670K is the perfect processor for the job.

Additionally, since we’ve also went with a K edition processor, it also has an unlocked multiplier. Unlocked multipliers make it easy to overclock the CPU, which will allow users to get up to a good ~15%-30% performance boost depending on CPU’s cooling solution and the users’s luck with the CPU. Considering it’s only an additional $5 for the privilege, why not? 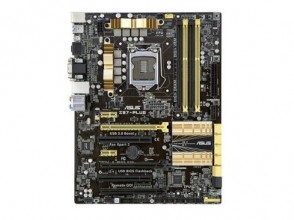 As expected, the ASUS Z87-Plus is a Intel Z87 chipset based motherboard carrying the LGA 1150 socket, which will support all of the latest 4th generation Intel Core processors. As for features, the Z87-Plus utilizes ASUS’s rock solid 8 phase DIGI+ digital power delivery system, which will deliver clean and stable power to the CPU, 5K hour rated solid capacitors, overcurrent protection circuits, ESD protected circuit designs, and corrosion resistant back I/O coating for maximum stability and longevity.

Of course, it’s not short on expansion options either. The Z87-Plus includes 4 DIMM slots for up to 32GB of DDR3 memory, 2x PCIe 3.0 x16 slots + 1x PCIe 2.0 x16 slots giving you the option of multi-GPU configurations should you choose, 6x SATA 6Gb/s ports, Intel LAN ports, plenty of USB 3.0 ports and more!

Memory isn’t too expensive these days, so for our mainstream system I went with 8GB of Corsair Vengeance DDR3 1600MHz Low Profile. This is pretty much my go-to memory when putting together any build as it’s reliable, it’s fast, and it doesn’t cost an arm and a leg. If it does have any problems, Corsair also offers a lifetime warranty on these sticks, so rest assured, these should outlast its useful life. 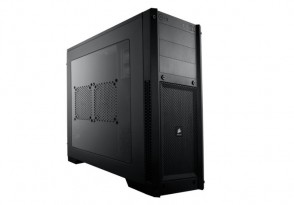 Ever since the release of the Corsair Carbide 300R about a year ago, it’s been one of my favorite cases for new budget and mid-range builds. Coming in at only $70, it’s not terribly expensive, but it has plenty of expansion options, plenty of cooling, completely tool-less design and a great clean and modern, stealthy look that screams refinement.

In terms of features and design, the Corsair Carbide 300R features support for ATX and mATX sized motherboards, 3x 5.25″ drive bays, 4x 2.5″/3.5″ drive bays, 7 expansion slots, 2x front USB 3.0 slots, headphone/microphone ports, and more. Cooling is handled by a single 120mm exhaust fan in the back with a 140mm intake fan up front with dust filters included to prevent dust from collecting in the system. There’s also tons of room underneath the motherboard tray for cable management and with support for graphics cards up to 450mm in length, it’s the perfect case for our gaming build today. 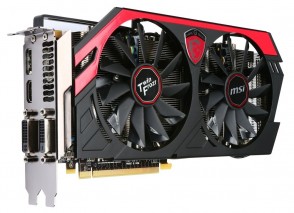 With AMD’s introduction of their R9 200 series GPUs, a lot of attention has been focused on AMD lately causing massive shortages in R9 270, R9 280, and R9 290 stock, but a lot of people are forgetting that Nvidia GPUs are still neck and neck when it comes to performance and Nvidia GPUs recently received price cuts to make them very competitive against AMD’s latest offerings.

This is why for our build today, we went with the MSI GTX 760 OC 2GB graphics card. The MSI GTX 760 OC 2GB is a very powerful MSI custom designed GTX 760 which is not only overclocked to 1150MHz out of the box, it also comes with MSI’s Twin Frozr IV cooler as well. For those familiar with MSI’s Twin Frozr IV cooler, you’ll know that it’s a very powerful cooler design that uses a combination of huge fans, a huge heatsink, and superpipes to keep the GPU cool and quiet making it one of the best 3rd party heatsink designs on the GPU market today. Those looking to play the latest games at high to ultra settings at 1920×1200 or lower resolutions will find that the MSI GTX 760 an excellent choice for their needs.

Those looking for a bit more horsepower can also opt for the MSI GTX 770 Lightning. The GTX 770 is ~30% faster than the GTX 760, but the MSI GTX 770 Lightning includes unlocked voltage controls for those interested in overclocking their graphics cards. The card is also at a pretty good price at the moment, currently available for $344.99 after a $15 rebate. 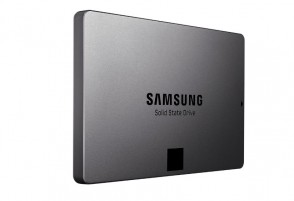 A couple months ago when I joined Samsung for their launch of the 840 EVO, the theme of their event was a SSD for everyone. Their goal with their SSDs is to reduce prices and increase capacities so that everyone would be able to gain access to SSD technology. With their Samsung 840 EVO, they’ve really put the money where their mouth is by offering a SSD that’s capable of top tier performance yet comes at a mainstream pricepoint. This is why for our mainstream build, the Samsung 840 EVO 250GB was on the top of our list of choices and at $0.68/GB, it’s a fantastic value as well.

While 250GB should be enough capacity for a big majority of gamers, if you happen to have tons and tons of games, then it may be wise to opt for something like a 3TB Seagate Barracuda 7200RPM traditional hard drive to fill the gap. While traditional hard drives are slow, loud, and draw lots of power, there’s no arguing that they are still the leader when it comes to offering tons of storage capacity for the price. By placing the operating system along with the games you play most often on the SSD to take advantage of SSD load times and by placing games you play less often on the hard drive, you’re able to get the best of SSD technology yet still have the ability to download all your games onto your system. That is unless you can afford say… a 1TB Samsung 840 EVO… or a couple.

Current pricing on Amazon for our build today is $1,207.02 minus a $10 rebate for the MSI GTX 770 2GB OC graphics card, which just fits into our $1,200 budget. Of course, there’s plenty of room for upgrades and a bit of room for downgrades as well, so be sure to post in the comments section below or check out the PC Builds and Upgrades section in our forums for any questions you may have.

Remember, if you have any questions, need some help, or need to fit the build into your budget feel free to visit the forums! Myself, or the community here will be more than happy to help you out with your own custom build or answer any computer questions you may have. If this build doesn’t fit your needs, be sure to drop by our Computer Builds section to find more computer builds. If you spot any issues with our build such as GPU/case incompatibilities, cooler/case incompatibilities, etc. please let us know!