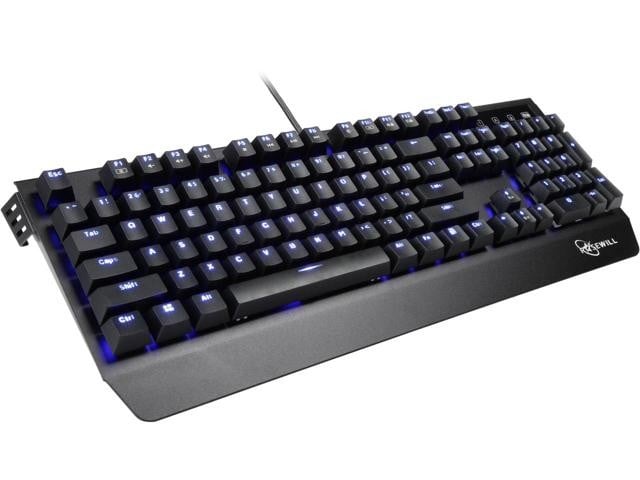 Rosewill has just announced the availability of its RK-9300 mechanical gaming keyboard.

The Rosewill RK-9300 offers a budget friendly alternative to Rosewill RK-9000 RGB V2. Priced at just $99, the RK-9300 comes with the choice of either Cherry MX Blue or Cherry MX Brown switches. Backlighting will be restricted to blue, but a variety of effects can be set to spice things up.

Its low-profile caseless chassis will be covered with an anodized aluminum plate. Rosewill touts that the plate is “military grade” and that it “offers maximum durability for heavy game battles.” Other features include true NKRO, 100% anti-ghosting, and triple-route cable channels.

The Rosewill RK-9300 is currently available at various online retailers.