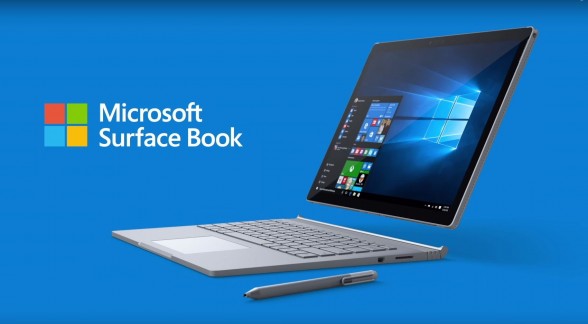 Microsoft has made many claims about the Surface Book’s performance, but it has been elusive about the details of its GPU. But now that the Surface Book is now officially on display at Microsoft Stores, many passionate users have been tinkering with the display models to find out what exactly its GPU is.

While Microsoft has a program that prevents external software from being installed on any of their display units, some clever users have managed to circumvent it and install TechPowerUp’s GPU-Z on the Surface Book. GPU-Z detects and lists the model number and the specifications of the graphics adapter on the host machine. 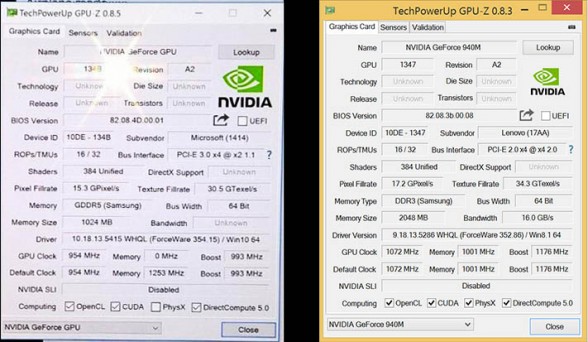 While GPU-Z wasn’t able to detect the model of the dedicated GPU, it was able to reveal a lot of information about its specifications. According to screenshots taken by the users at scene, the GPU is from Nvidia and sports 384 CUDA cores, 1GB of VRAM, a clock speed of 954MHz, and a memory clock of 5010MHz.

Looking at the numbers, we can safely conclude that it’s using a Nvidia GT940M. Redditor humanoiddoc had a side-by-side comparison between the Nvidia GT940m from a Lenovo machine and the GPU in the Surface Book to emphasize the similarities.

It’s currently unknown if this is the highest end dedicated GPU Microsoft has to offer. Since the GPU is integrated into the keyboard base instead of the tablet itself, I’d have expected it to be a little bit more powerful since there should be more room for the cooling solution. On the other hand, Microsoft may also have opted for a smaller cooler in favor of a larger battery.

Microsoft’s Surface Book is Microsoft’s most advanced 2-in-1 notebook ever made. It features an Intel Core i7 6500U processor, dedicated GPU, up to 16GB of RAM, and up to 1TB PCIe SSD. It’s expected to be released on October 26, 2016 along with the Surface Pro 4.