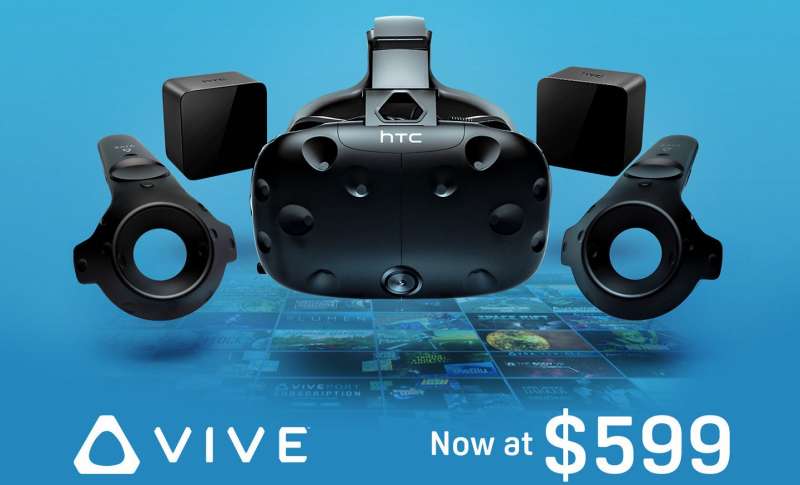 VR is now a little bit more accessible as HTC recently cut the price of the HTC Vive by $200 following Oculus Rift’s price cut to $399 after testing the pricecut by running several promotions over the summer.

According to the press release, the HTC Vive will now be permanently priced at $599. With the exception of a PC, the $599 HTC Vive package will include everything you’ll need to get started including the HTC Vive headset, two wireless controllers, two base stations and other accessories. HTC will also include a free trial to Viveport, which allows customers to obtain VR content on a subscription model and will also include Google Tilt Brush, EverestVR, and Richie’s Plank Experience.

The HTC Vive with the updated pricing is now available at [easyazon_link identifier=”B00VF5NT4I” locale=”US” tag=”cupcre06-20″]Amazon[/easyazon_link], Best Buy, Newegg and other retailers.