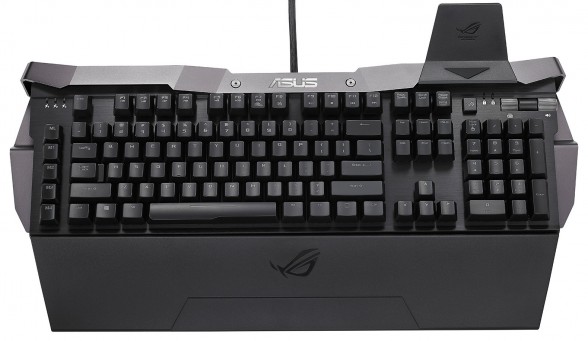 ASUS has announced the Horus GK2000 mechanical gaming keyboard for its Republic of Gamers division.

The Horus GK2000 has the same jet fighter-inspired design that all ROG series peripherals have in common. The pictures indicate that there’s going to be lots of jagged lines and aluminium accents. With all the extra materials protruding out the sides, it’s shaping up to be a sizeable keyboard too. 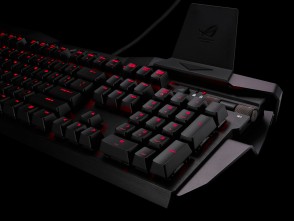 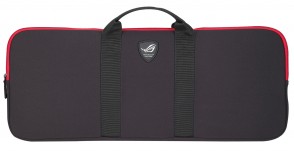 ASUS has opted for red backlit Cherry’s MX Red switches for the Horus GK2000. For the uninitiated, Cherry MX Red switches has a light actuation force of 45g and a straight, no feedback travel. The switches are rated to have a lifespan of 50 million clicks.

The ASUS Horus GK 2000 separates itself from the rest by including a huge wrist rest and built in stand for mobile devices. It also comes with its own carrying case that doubles as an excellent snacks bag.

ASUS has yet to announce availability and pricing for the GK2000.