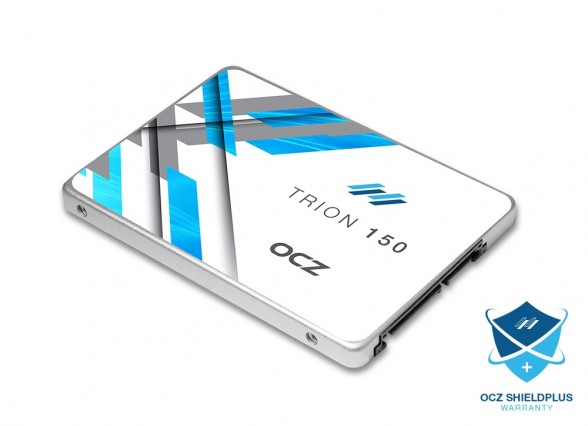 OCZ has just announced its budget-oriented Trion 150 SSDs designed to give old PCs a boost in performance without breaking the bank.

As an update to the Trion 100, the Trion 150 continues its budget friendly legacy by offering consumers more storage for their money. Depending on capacity, the cost per gigabyte can be as low as $0.28/GB.

Since OCZ is a subsidiary of Toshiba, it’s not surprising to see that the Trion 150 leverages Toshiba’s in-house controller and 15nm TLC NAND. The drive comes in 120GB, 240GB, 480GB, and 960GB capacities. The higher capacity drivers has more over-provisioned NAND, leading to higher endurance ratings. At its peak, the 960GB model can achieve up to 550MB/s sequential read and 530MB of sequential Write.

The OCZ Trion 150 is available for purchase starting today (prices quoted from Amazon.com).