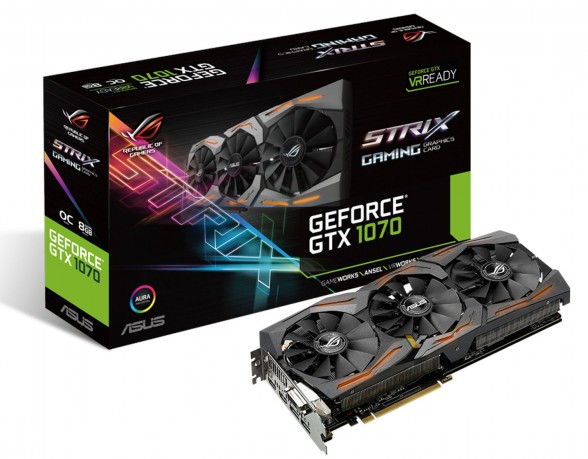 The DirectCU III cooler is wrapped in an an all black, metal shroud which features cutouts for ASUS’ Aura RGB lighting system, users are able to personalize the lighting scheme using the ASUS GPUTweak software. The ROG STRIX also features ASUS FanConnect which ASUS describes as the following:

When gaming, GPU temperatures are often higher than CPU temps. However, chassis fans usually reference CPU temperatures only, which results in inefficient cooling of the system. For optimal thermal performance, ROG Strix graphics cards feature two 4-pin GPU-controlled headers that can be connected to system fans for targeted cooling. 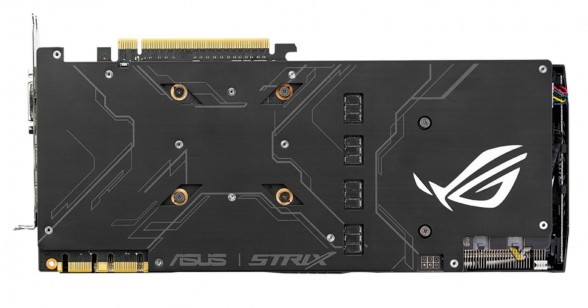 The card also features a 6+1 phase power power design, and a factory overclock of 1885 MHz on the CPU clock. Around back, we have a premium metal backplate with what looks to be a RGB illuminated ROG logo. 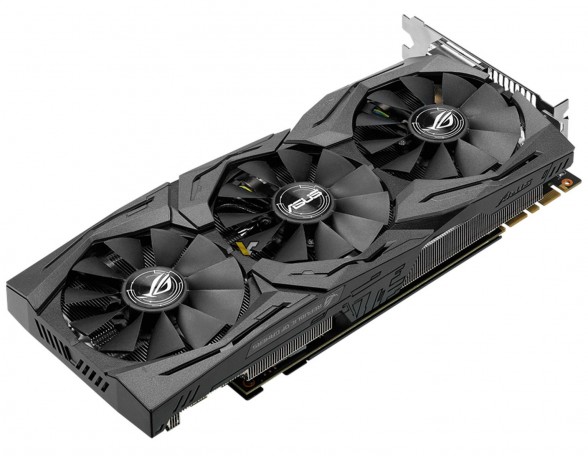 The company has yet to announce pricing or availability