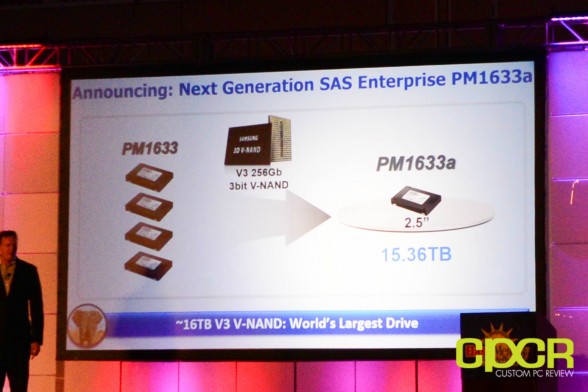 Following the announcement of the Samsung PM953, Samsung also announced the PM1633a which, thanks to Samsung’s new 256Gb 48-layer 3-bit MLC 3D V-NAND, claims to be the world’s largest drive (flash or mechanical) with a staggering 15.36TB of capacity in a single 2.5″ SAS form factor. 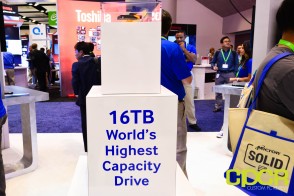 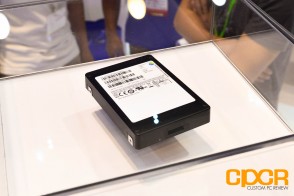 Samsung hasn’t shared too many details on their latest drive just yet, but depending on the overprovisioning on the drive, Samsung is using at least 30 NAND packages with 16 dies per package of their latest 256Gb 48-Layer 3-bit MLC 3D V-NAND to achieve such a feat. That’s at least a staggering 480 dies per SSD if not more! It’ll also likely require ~16GB of DRAM as well and a new controller as well although this is just speculation on my part.

Samsung hasn’t revealed pricing or availability on this drive just yet, but I wouldn’t imagine the price to be anything less than astronomical.