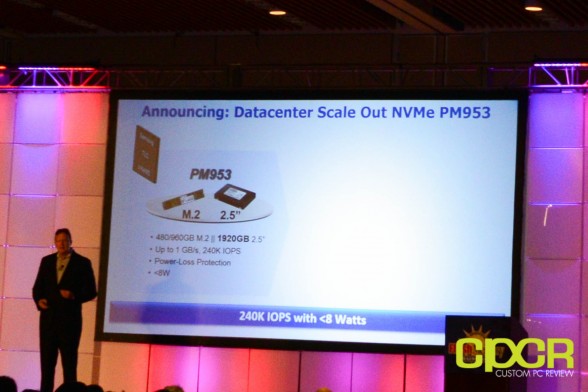 At FMS 2015, Samsung made a number of new announcements one of which is Samsung’s upcoming PM953 PCIe SSD, which will likely be the successor to the Samsung SM951 we reviewed previously. The Samsung PM953 will come in both the M.2 PCIe and 2.5″ SFF form factors, feature a PCIe Gen 3 x4 interface, and it’ll have full support for NVMe. 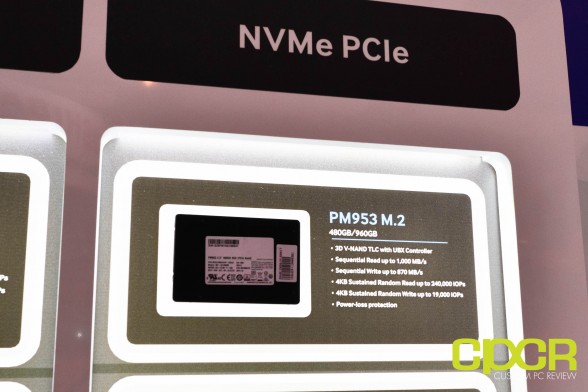 No details on availability is available at this time.

That being said, we’ve heard rumors of an upcoming Samsung 3D V-NAND based PCIe client SSD that should be announced fairly soon. Samsung will be holding their annual Global SSD Summit at the end of next month, so with any luck we’ll get more information during the event. Be sure to check back for more!