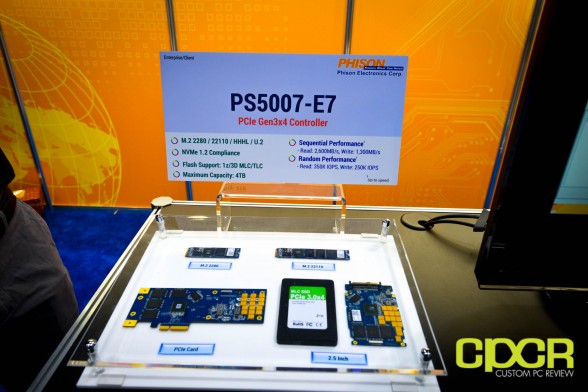 For FMS 2015, Phison showcased two upcoming controllers. The first and the most interesting is the Phison PS5007-E7 controller. Designed for the next generation of NVMe SSDs, the PS5007-E7 is a PCIe Gen3 x4 controller with full support for NVMe 1.2. As expected, it’ll support all current and upcoming flash from every vendor including 2-bit MLC (MLC), 3-bit MLC (TLC), and 3D NAND. Maximum capacity supported on the PS5007-E7 is 4TB.

Phison claims that the PS5007-E7 support sequential read/write speeds up to 2500/1300 MB/s respectively and random read/write performance of up to 350,000/250,000 IOPS. This makes the Phison PS5007-E7 significantly faster than its competitor, the Silicon Motion SM2260, which was also displayed at FMS this year. 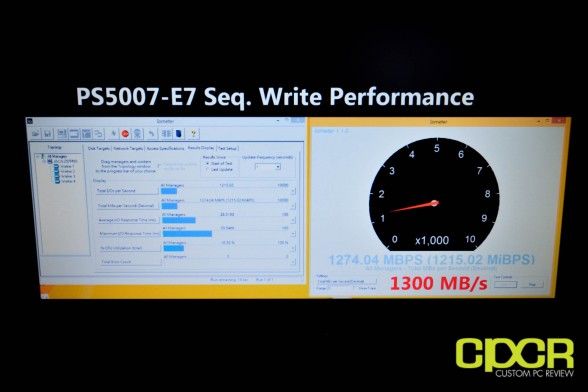 Phison had a screenshot of an IOmeter benchmarking run for the PS5007-E7. In the test, the controller was slightly short of the advertised specifications, but very close.

Phison is expecting to begin sampling the PS5007-E7 in October with mass production to begin early 2016. 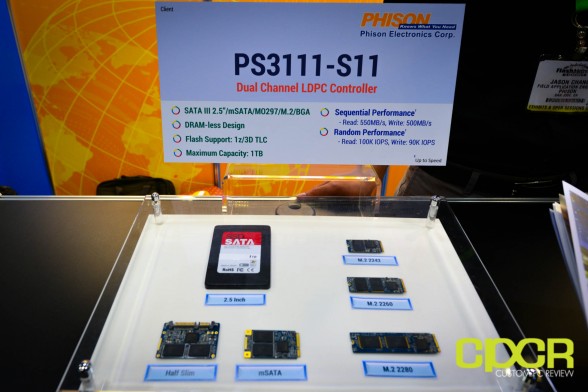