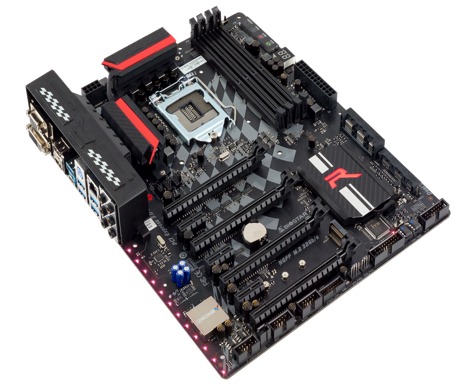 Is there any better way of kicking off a new year than releasing a brand new line of products? BIOSTAR doesn’t seem to think so as they’ve just announced their latest Racing Series of gaming oriented motherboards.

The new BIOSTAR Z170GT7, B150GT5, and H170GT3 all feature a slick checkered racing design on top of an I/O armor, a growingly popular design choice that provides protection from dust. Moreover, the motherboards are also rocking Biostar’s vivid LED DJ technology and 5050 headers, which allows users to not only personalize onboard lighting effects to match their own build theme but also control any additional LED strips. Other features we have come to expect from gaming/enthusiast grade motherboards are present, such as dual BIOS, HiFi audio, and automatic overclocking.

Pricing is yet to be announced but looking at the information we have on paper, it appears that BIOSTAR is appealing for a higher end crowd. BIOSTAR has been working on this market for a couple generations now and it’ll be interesting to see how they plan to market these products against heavyweights such as ASUS, Gigabyte and MSI.