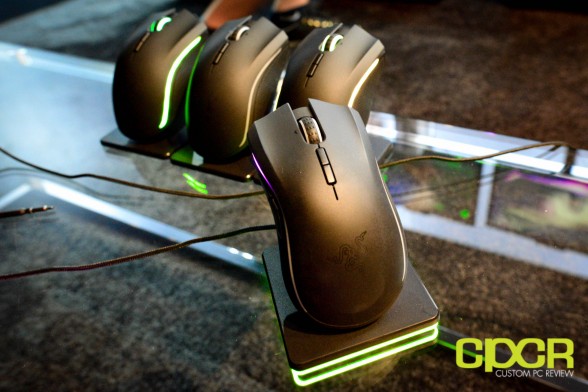 E3 has always been a big show for gaming peripherals maker Razer and for 2015 Razer’s big product announcement is a new Mamba with some innovative technologies that Razer believes will make it the best gaming mouse in the world. 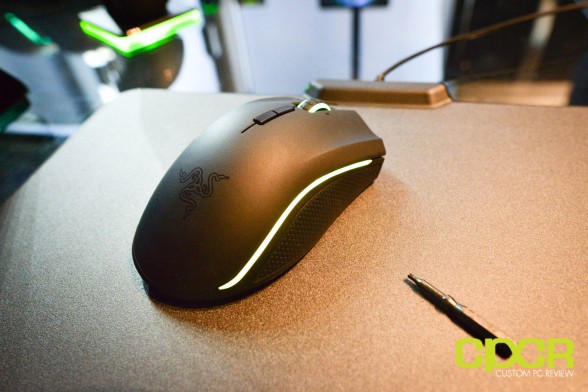 Although similar in shape to the outgoing Razer Mamba, the new Mamba has some drastic changes that will distinguish itself from its predecessor.

The most noticeable change right off the bat is the Chroma style RGB LEDs that wrap the sides of the mouse and the center scroll wheel. Razer has also carried over the materials used on new Razer mice including textured, matte black plastic and grippy rubber sides.

Razer tells us that the new Mamba is capable of up to 20 hours of battery life on a single charge and weighs approximately 125g without a cable attached. 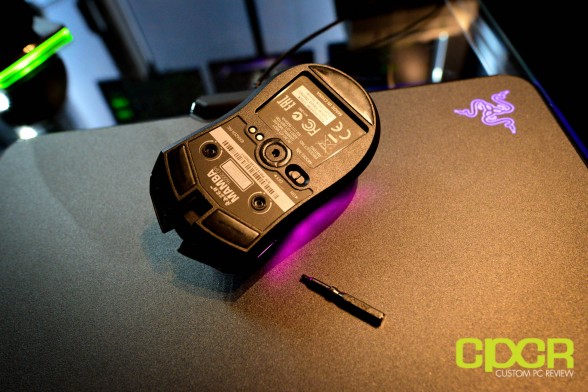 While LEDs and new materials are always cool, there are two internal changes that really separates the Mamba from any other mice we’ve seen before.

The first is its new 5G laser sensor which Razer believes is far superior than anything on the market. Razer tells us that the exclusive 5G sensor (undisclosed sensor model manufactured by Phillips) can natively do 16,000 DPI without any sort of software interpolation. Razer believes that this is important for the future as 4K and multi-monitor gaming have been gaining traction. Not only is the new Razer 5G sensor the highest DPI we’ve seen, Razer says it’s also the most precise sensors, capable of tracking up to 1DPI increments and a lift-off distance of 0.1mm.

The second is a new technology Razer calls “Adjustable Click Force Technology”. Underneath the Mamba are two adjustment screws which will allow gamers to independently adjust the left and right click actuation force from 45g to 95g. Unfortunately, no adjustment is possible for the scroll wheel. 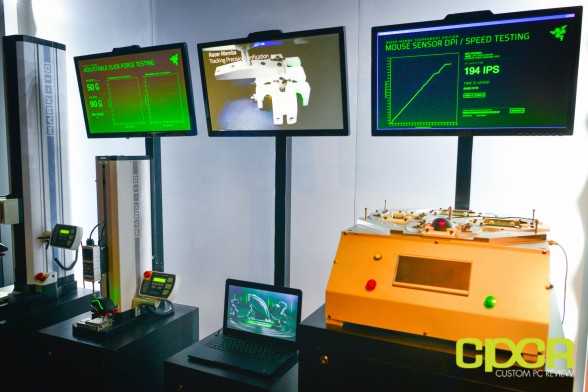 Razer also showed off some of the equipment they use to test mice which was actually quite cool. 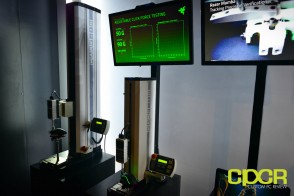 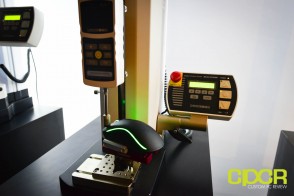 The first machine is basically a virtual finger which clicks the mouse with a set speed and pressure until failure. This is pretty much how a mouse’s usable lifetime is determined. For the Mamba, Razer says the mouse is capable of up to 10 million clicks. 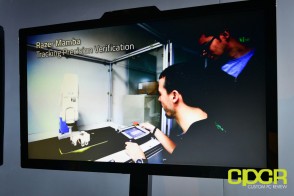 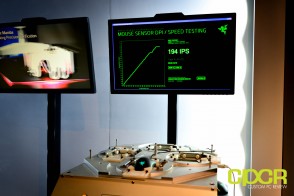 Razer also has two machines that they use to test sensor performance.

The first is a sensor precision tester which basically uses a mechanical arm to spin the mouse in circles at high speed. This will determine whether there is an issue with sensor precision.

The second tester is a sensor speed test where a mouse is put on what’s essentially a turntable. The turntable then spins until the sensor starts to fail at tracking movement.

This is a great reminder that while it’s easy to find complaints online complaining about the poor quality of Razer mice, Razer does in fact do tons of internal testing with their products to ensure that they meet the high standards of the Razer brand.