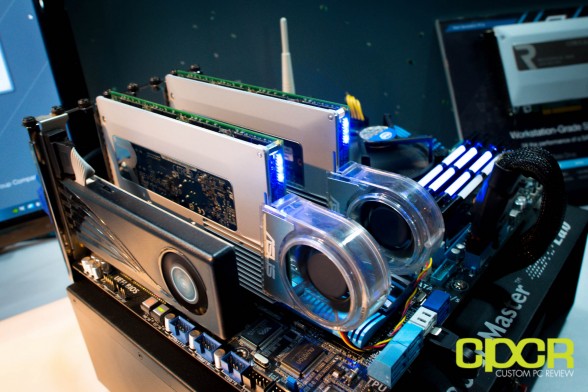 While that’s quite a respectable level of performance on its own, what OCZ really wants to show you is what you get when you put two RevoDrive 350 PCIe SSDs in a software RAID 0 configuration. 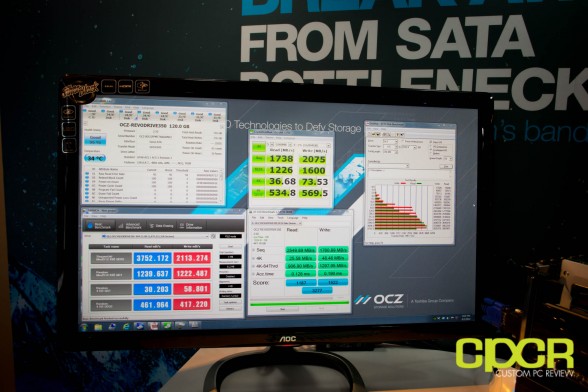 In order to test the performance of the RevoDrive 350 480GB in RAID 0, OCZ ran some benchmarks on the drives. Most interesting is the results from ATTO Disk Benchmark which yielded maximum read/write performance of ~3.8 GB/s – an incredible figure that breaks SATA’s current 6Gb/s theoretical maximum five times over. The pair also yielded an incredible 3,277 points in AS SSD, triple the performance of even the fastest enthusiast grade SATA SSDs.