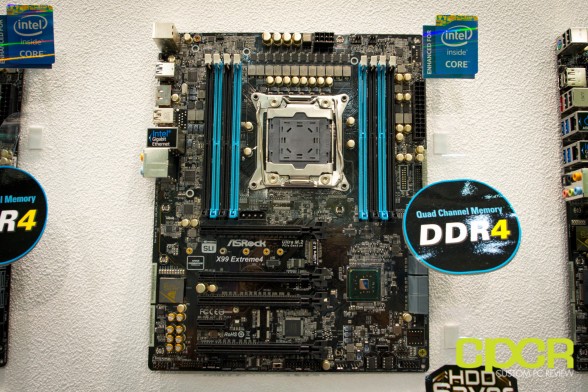 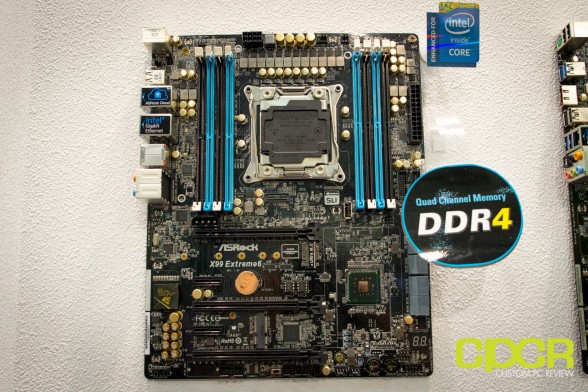 Aside from MSI, the only other motherboard vendor to show off X99 motherboards here at Computex is ASRock, who had two motherboards on display. Unlike MSI, ASRock’s motherboards were well hidden among their lineup of Z97 motherboards.

The two motherboards ASRock had on display was the X99 Extreme4 and the X99 Extreme6. What’s interesting about these X99 motherboards is that the design between the two are quite similar with the exception that the Extreme6 includes additional USB 3.0 support, PCIe 1x slot, etc.

No word on pricing or availability, but they should arrive sometime later this year.