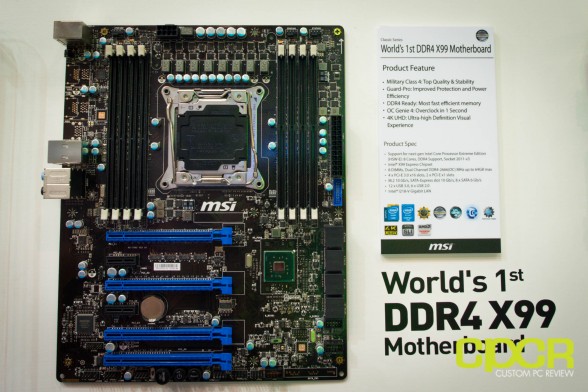 MSI’s booth included a very early sample of a motherboard that looks like a possible X99 based successor to the X79A-GD65. In huge font, MSI advertises the board as the world’s 1st DDR4 X99 motherboard which is interesting considering ASRock is showing off not one, but two DDR4 compatible X99 motherboards here at the show as well.

Of course this is an early sample, so I wouldn’t be surprised if there were some design changes before the board launches later this year. 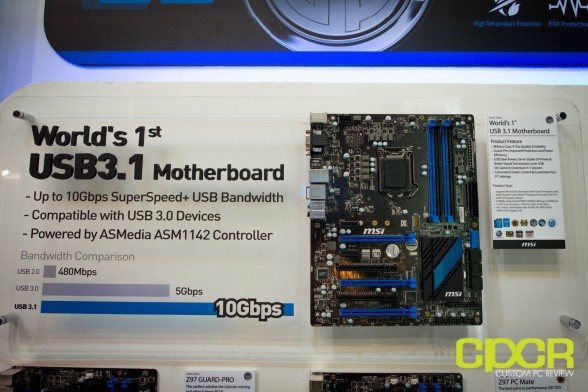 In addition to X99 motherboards, MSI also revealed that they’ll be including USB 3.1 support in upcoming motherboards. Since USB 3.1 isn’t included in Intel’s chipset, MSI will be using a third party ASMedia ASM1142 controller.