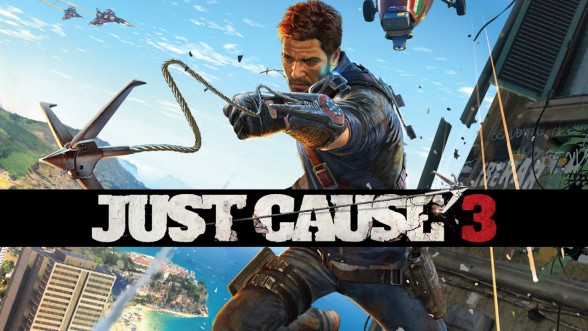 Square-Enix and Avalanche Studio’s third installment to the Just Cause series is due for release in about a week, and up until now, we’ve had no idea what to expect from the system requirements for the PC version. However, thanks to a recent leak of the version’s back cover, we now know what we need to run the massive open-world action adventure game. 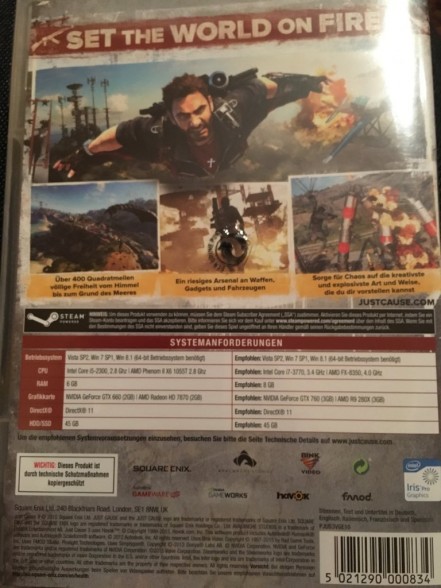 Considering the game features a vast open-world and incredibly advanced physics, these requirements aren’t too steep, and not at all surprising. That being said, the minimum graphics card requirements may be a bit much for some user. The cover also features the NVIDIA GameWorks logo, which implies that some level of support for the technology will be present. However, at this time we have no idea what that could mean. Hopefully, Avalanche Studios has included plenty of customization options and the ability to turn off GameWorks features altogether, else we may have another performance debacle on our hands.

Just Cause 3 is due out for PC, Xbox One and PS4 on December 1st.