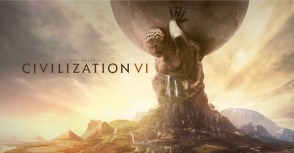 Fans of the addictive turn-based strategy game were greeted with a teaser trailer for the forthcoming entry in the beloved series. Destined for release on the 21st of October, the two-minute trailer, narrated by Sean Bean shows no gameplay footage of any kind, a common characteristic of previous game announcements. Firaxis, developers of 2010’s Civilization V, have promised that there will be no significant changes to the new game, instead opting for gameplay features that keep players “on their toes”. Features such as sidequests and less sporadic AI will be added, along with a heavier emphasis on city planning and contextual technology trees (where new discoveries open themselves up based on map position and play style. 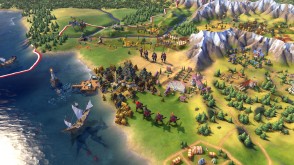 The game is built on a brand-new engine, leading to a brighter and more detailed art style. The advancements are not purely cosmetic. More detail means more expression in each of the historical leaders animation cycles, allowing players to read subtle facial and movement cues to shine a light on their real intentions. City tiles are much easier to differentiate at a glance, leading to quicker decisions, and more strategy when it comes to building and troop production. Several screenshots were released on Steam touting the new design choices. While the brighter colors and higher attention to detail were appreciated, many fans have expressed concern to the “free-to-play” mobile game look and feel. More information will become available at E3 2016 in June.