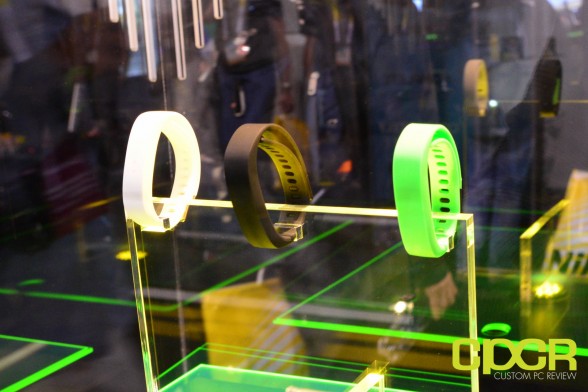 Besides features that require the missing OLED screen, the Nabu X has all the functionality available to the original Nabu. Functions such as bad-to-band communication, activity tracking, motion control (shake to dismiss etc) are all present. All of the statistics collected can be viewed on your smartphone via the Razer MyTracker app. For people with iPhones, the Nabu X has tight integration with the Apple iOS Health app right out of the box. A multitude of apps are also available for download in the Nabu App Marketplace to extend its functionality. An open-source development SDK is also available for developers free of charge.

Despite the lack of a screen, the battery life of the Nabu X hasn’t improved over the original Nabu however, 5-7 days on a single charge is nothing to sneeze at.

The Nabu X will come in either white/gold or black/green, and it’s expected to be available for purchase sometime in the next week. Also, people who are eligible for the Razer Insider program will be given a special offer to purchase the Nabu X for just $20.00.