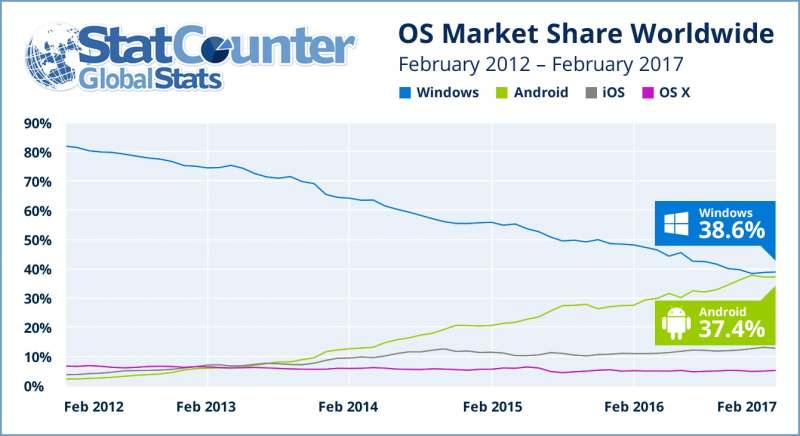 According to the latest stats by online analytics company, StatCounter, Android is coming awfully close to overtaking Windows as the most popular OS (Operating System) on the internet.

Based on a global sampling of online users exceeding 15 billion pageviews per month collected from 3 million websites, Windows users represented just 38.6% marketshare of internet users while Android users represented 37.4% marketshare of internet users, putting Android a mere 1.2% marketshare away from overtaking Windows as the most popular OS on the internet. In a comment by StatCounter CEO, Aodhan Cullen, “The idea of Android almost matching Windows would have been unthinkable five years ago,” where Windows commanded an 82% global marketshare compared to Android’s paltry 2.2%. 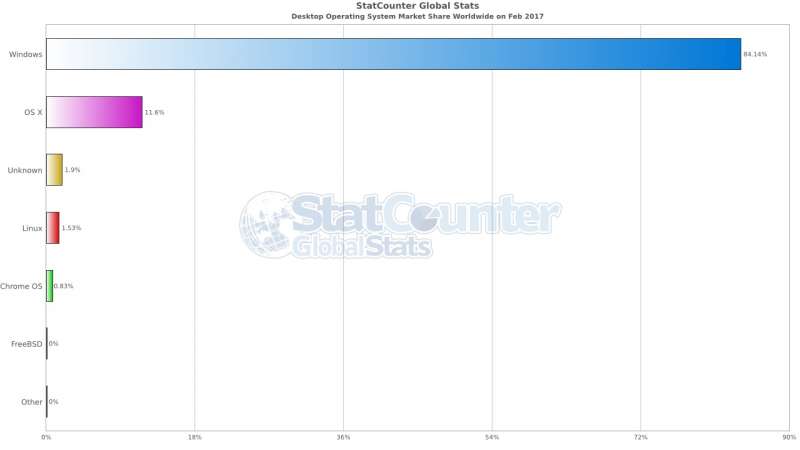 While Windows is clearly about to lose the battle when compared against mobile device OSes, Windows continues to keep a tight hold on the worldwide desktop PC market where it continues to hold an 84.14% marketshare, a massive 72.54% greater marketshare than its closest competitor, OS X with a mere 11.6% marketshare.