If you’ve used a PC lately, you’ve probably seen messages from both Microsoft and Google trying to coax you into using their respective web browsers. Google’s iconic “Get Chrome” banner on Google.com appears so often that many people just download Chrome simply to get rid of it. Microsoft on the other hand peppers your Windows 10 desktop with persistent notifications, constantly reminding you about the new Edge browser and how much safer, faster, or power efficient it is. Then you have Mozilla Firefox, the humble, open-source browser silently watching from the sidelines.

While all three browsers have their pros and cons, one thing they all claim to do is offer the best battery life. But as the great saying goes, there can be only one.

Today, we’re going to find “the one”.

The Big 3 and How They Conserve Battery 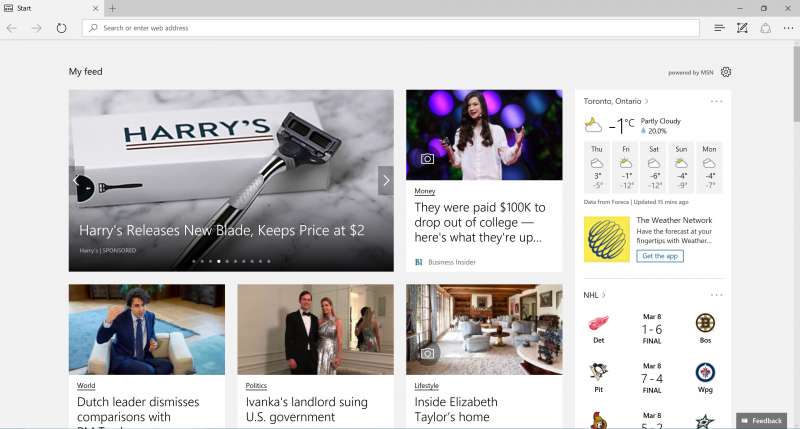 The Microsoft Edge browser aims to reduce power consumption in several ways. One way is by limiting the refresh rate of Javascript tasks. These items which include ad analyzers, push notification updates and animations can continue to run even when the web page itself is hidden from view. By limiting the script’s refresh rate to once per second through a universal Javascript timer, Edge can drastically cut down on resource use without impacting user experience.

Adobe Flash has always been one of the biggest problems for Microsoft’s Internet Explorer. In addition to fancy Javascript animations, many ads are Flash-based. When they’re coded carelessly (like many ads are), Flash objects could hog up a considerable amount of resources on both CPU and GPU. Flash is also a major security risk in many instances as outdated versions of Flash Player invite exploits that can infect millions. In Edge, Flash is contained in a separate process that can be easily managed by the system. Flash elements that aren’t integral to the function of the page is paused by default, and Flash processes can be terminated individually without affecting the page. 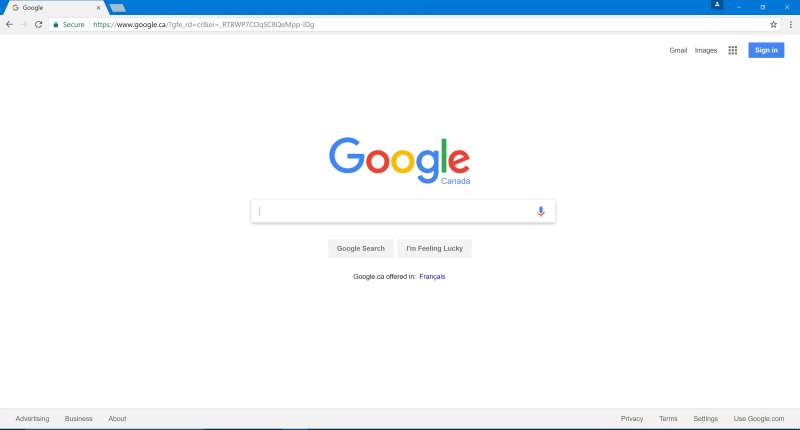 Google Chrome has always had a reputation for being resource intensive, but extremely fast. The reason for Chrome’s voracious appetite for resources is due to the way each tab is managed. Instead of grouping all the tabs and plugins into a few big processes, Chrome isolates each item into its own process. This way, when one process crashes, it doesn’t take down the entire process tree with it. Isolating the processes also makes resource management easy, which is the main reason why Chrome has consistently been shown to be a speed demon.

In terms of power saving functionality, Chrome has implemented a host of features over its lifespan. With Chrome version 56, a tab throttling function has been added. In a nutshell, Chrome initializes a timer pool that sets the boundaries for how much of the CPU it’s allowed to use. Every process related to Chrome is assigned a timer limit that’s subtracted from the total pool. When the pool is reduced to a negative value, newly queued tasks will be suspended until part of the pool is freed. This effectively limits the number of background tasks that can run, saving battery life in the process.

Google’s approach to optimizing animation elements is different from Microsoft’s. Google recognized the inherent flaws within Flash and is now favoring HTML 5, the newest version of HTML that more efficiently handles videos and animations. Many prominent video platforms such as YouTube have already fully transitioned over to HTML 5.

Google is also aggressively curbing Chrome’s memory-hogging nature by introducing a ton of Javascript optimizations. According to Google, Chrome version 55 uses 50% less RAM for certain sites than the previous version. These changes are pushed out alongside other battery-saving features such as cache utilization optimizations. 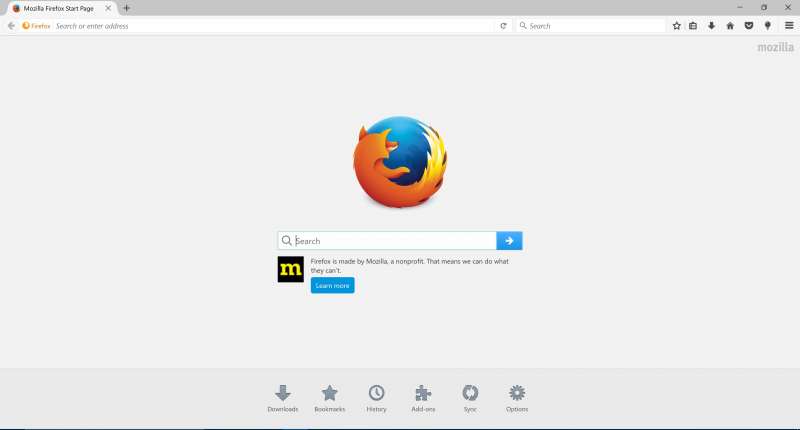 Mozilla Firefox is an open source web browser developed back in 2002 which aimed to challenge Microsoft Internet Explorer’s dominance in the browser space. Firefox aims to create a secure, standards based browser based on an open source philosophy.

In terms of power efficiency, how Firefox saves battery is a bit of a mystery. Unlike the other browsers in the category, Firefox doesn’t isolate its tasks into their own processes. This structure makes error handling a nightmare since the problem can’t be terminated on its own and can spread across the entire process tree. Firefox has a memory problem, too. Web browsing with just 13 tabs open pushed its memory usage to well beyond 1GB. With that said, it does look like Firefox performs some background memory management when the system is idle. Its memory usage dropped down to 900MB with the same set of tabs opened when the system is not in use.

The biggest incentive Firefox has is that it’s a completely open sourced browser. It’s probably the only major browser on the market that doesn’t actively collect its user’s information (though Mozilla does recommend you set up a Mozilla account with them so your stuff can sync across platforms).

In order to test each browser’s impact on battery life, we’ve developed a script which cycles through 13 popular websites with a blend of images and text. Of those 13 websites, three are social media sites with live updates. The script itself is fairly basic. It simply visits the sites, pauses on each site for 60 seconds and records a timestamp at every 10-second interval. At the end of each cycle, the browsers are closed and relaunched to simulate closing and opening multiple windows/tabs. 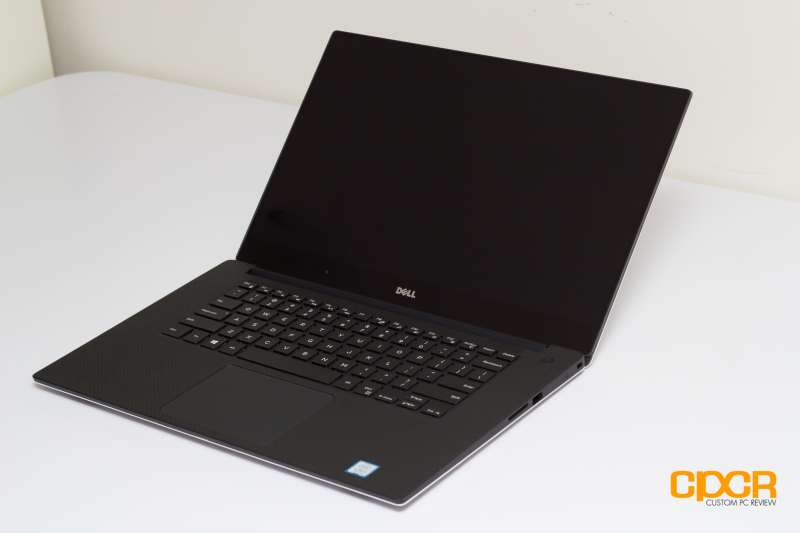 The three browsers we’re testing today include Chrome 56, Mozilla Firefox 51.0.1, and Microsoft Edge 38.143930.0. No add-ons extensions are installed on any browser.

All testing is initiated after the cache is cleared followed by a full system shutdown and cold boot. The battery is charged to maximum capacity before each test. All non-critical programs and Bluetooth are disabled. All drivers and software are updated to their latest version and all testing is done at the same time (4 A.M. EST) on multiple weekdays to ensure consistent network congestion. 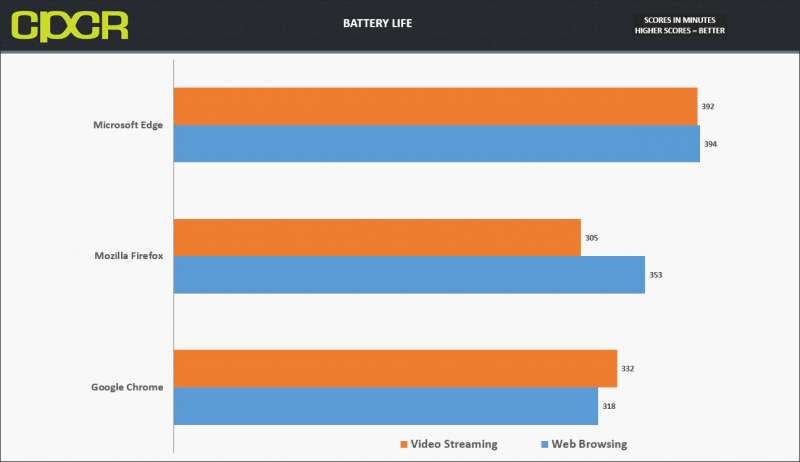 The results were unexpectedly one-sided. Microsoft’s Edge browser won by a landslide, lasting 6 hours and 34 minutes compared to Chrome’s 5 hours and 18 minutes and Firefox’s 5 hours and 53 minutes. Video playback showed similar results with Edge coming out on top by an hour.

Firefox came in second for web browsing, a surprise since I expected Google Chrome’s process structure to be more efficient in both performance and battery impact. However, what’s unexpected is that Firefox severely lagged behind both Chrome and Edge in the video streaming test, lasting only 5h 5m on a full charge. I thought this was due to the inefficient Flash player, but Firefox has been using HTML 5 since version 40. It also has full support for all the latest video codecs. As such we’ll have to do a little more digging to understand why it did so poorly considering its decent power efficiency when doing standard web browsing.

Chrome’s battery life has improved compared to previous versions, but it wasn’t enough to beat out either Edge or Firefox. Interestingly, its video streaming time was longer than its web browsing time. This could be attributed to Chrome’s efficient handling of YouTube’s HTML 5 videos or it may simply be more power efficient when running only a single tab.

The web browser power efficiency testing was full of surprises. Not only did Microsoft Edge pull ahead of the competition, it trounced Chrome by a full hour in both the web browsing and streaming tests. Quite frankly I was shocked at the results as I’ve been a longtime user of Google Chrome. I also wasn’t expecting Firefox to come in second place in web browsing, but it’s definitely doing something right to pull it ahead of the competition. Chrome coming in last is disappointing considering how much Google has stated that it was making efforts towards battery life.

I’m quite confident in saying that Microsoft’s Edge browser will actually extend your battery life. That said, my testing methodology is far from perfect. For one, my script does not emulate scrolling and doing real world testing means that I’m not able to control the type of ads being displayed. Also, the sampling of websites I chose are websites based on my personal interests. Since everyone’s browsing pattern is different, your mileage may vary. Furthermore, extensions complicate matters as they all affect resource usage in different ways. It’s likely I’ll have to revisit this test using more refined testing techniques sometime down the road as well as include some other browsers such as Safari and Opera. Hopefully by then, all browsers will see significant improvements.