MENU
Sections
News
Now Reading
What’s Up with All the Ads in Windows 10?
NextPrev
0

What’s Up with All the Ads in Windows 10? 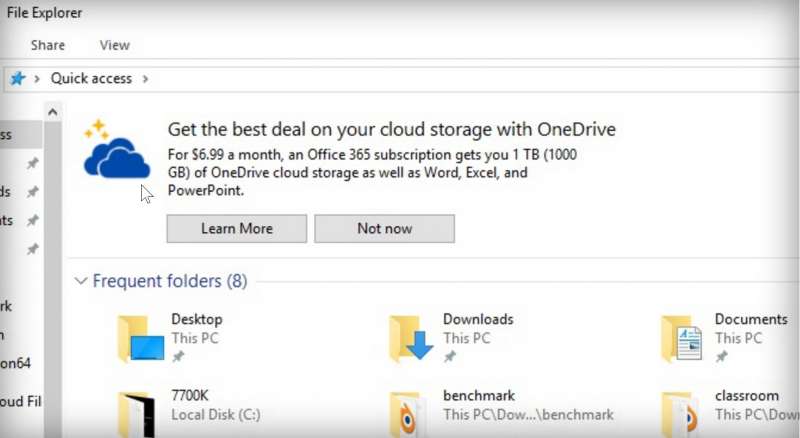 In a recent post by ExtremeTech, Windows users are reportedly receiving a new advertisement in the Windows File Explorer to sign up for Microsoft’s OneDrive cloud storage solution. The ad appears in the form of a banner near the top of the window, asking its users to upgrade to the 1TB OneDrive storage plan for $6.99 a month.

For some reason, it appears that Microsoft is becoming more and more comfortable with pushing advertisements in Windows as this isn’t the first time. First was “Suggested Apps” which would suggest random games and bloatware for you to install. Then it was advertisements to “Get Office”. Soon after, advertisements started appearing on the lockscreen following the Windows Anniversary Update.

Other great “suggestions” from Microsoft include the nagging desktop notification to use its Edge browser, prompts to enable the Cortana voice assistant, and pop-up ads in Chrome to advise users to try the Microsoft Personal Shopping Assistant.

All of this of course prompts the question, “Are you serious?”