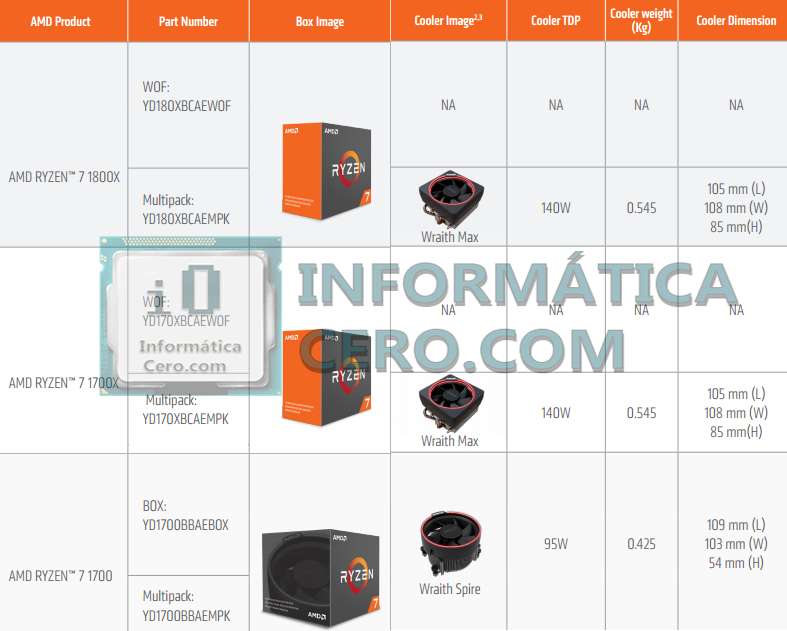 Following up on the leaked image of trays of AMD Ryzen CPUs as well as an up close shot of the CPU, a new image of a chart with SKUs and specifications of the stock Ryzen Wraith Cooler have also popped up around the web.

The higher end XFR enabled Ryzen 7 1800X and the 1700X appear to be getting the Wraith Max while the lower end AMD Ryzen 7 will just get the Wraith Spire. For those who prefer their own cooling solutions, AMD will sell higher end Ryzen CPUs either with or without a stock cooler.