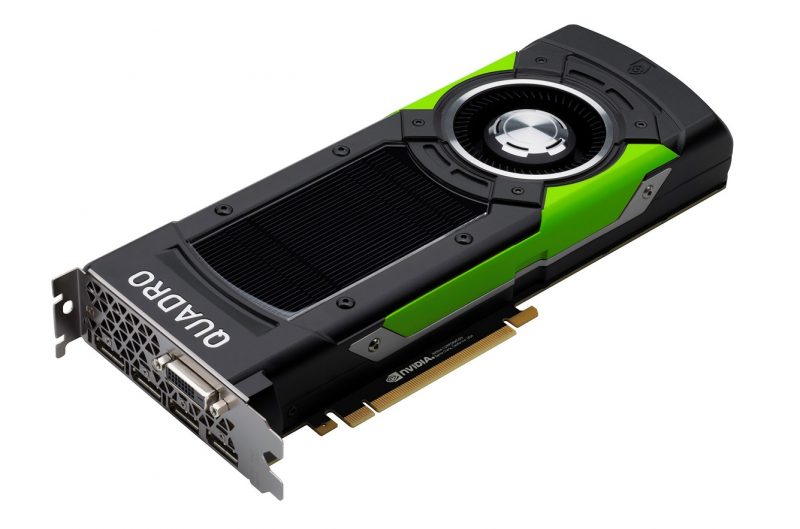 You’ve inevitably come across workstation cards such as Nvidia Quadro or AMD FirePro in your hunt for your next graphics card update. Their enormous price tags not only send shivers down your spine but also raise curiosity as to what makes them so damn expensive.

Before diving in, let’s take a look at some of the newest professional and consumer cards graphics cards Nvidia has to offer. For the sake of comparison, I’ve chosen the Nvidia Quadro P5000 and the GeForce GTX 1080 which are most comparable in specifications except the Quadro is designed for the professional market while the GeForce is designed for the consumer market.

Although these graphics cards are designed for different markets, the specification chart tells us that the only difference between the Quadro P5000 and the GeForce GTX 1080 is the size of the available VRAM. That said, the Quadro P5000 is almost triple the price of the GTX 1080. Why is that?

Just like how the GeForce cards are aimed at gamers, Quadro cards targets its own crowd of creators, developers, researchers, and engineers. Just like how gamers need the best frame rates for a fluid gaming experience, professionals need top performance in tasks like precision rendering, data visualization, simulation, video encoding and a whole bunch of other applications.

When any company designs a product, it ballparks a price its customers are willing to pay for it. The GeForce GTX 1080 is priced the way it is because Nvidia believes that it’s the most gamers will shell out. Customers of Quadro cards are often enterprises, corporations, and research labs with a sizable budget. Since the product is aimed at a market with deeper pockets, prices are naturally going to be higher.

If you’re a business that relies on graphics card processing to make money, there’s nothing more important than reliability. After all, a day or two of downtime can cost a company thousands or millions of dollars.

As such, graphics card companies knows not to piss off their customers, especially the ones that pay top dollar for highly priced professional graphics. For that reason, AMD and Nvidia uses only the top-quality components for their professional cards to ensure that they draw the least amount of power and last a long time, even in harsh conditions. Other components are also produced at higher standards than that of consumer cards. For example on Nvidia Quadro cards, thicker gold coating on the PCIe connector, cherry-picked fans, and full-barrel fill soldering. On the higher-end cards, it’s even common to see VRAM with ECC (Error Correction Code).

In professional graphics cards, the drivers also undergo a certification process where software companies work together with the graphics card company to ensure optimal performance.

Similarly, certification happens on consumer cards as well, but for different applications. Remember seeing “Nvidia Way It’s Meant to be Played” or “AMD Gaming Evolved” logos on many of the latest Triple-A titles?

Consumer cards can handle floating point binary numbers up to 32-bits in length. In computer terms, these are called a Single-Precision Floating-Point numbers. While Single-Point Precision numbers are precise enough for most tasks like game development, they may not be enough for a researcher who deals with far more intricate calculations. For the professionals, they need something more precise, which is why professional graphics cards support Double-Precision Floating Point numbers. As this feature does not exist in consumer level graphics cards, this makes workstation cards the only choice for those working with precise data sets.

But Can it Run Crysis?

A question we get often is what kind of performance one can expect from a workstation card in games. To answer that question, Puget Sound Systems did an excellent performance comparison using the Nvidia Geforce 700 consumer series and the Quadro K (stands for Kepler) workstations series.

Here’s what they found:

Alright, so to recap he key differences in workstation cards are higher performance in specific workloads, highest quality components, specially developed drivers, and extra workstation features. This applies to both used Nvidia and AMD graphics cards.

Workstation graphics cards are expensive and if your idea of a high end gaming build is to pick the most expensive components out there, you’ll be wasting your money. Similarly, if you’re building a new workstation and are cheaping out by purchasing a similar consumer grade graphics card, you might be very disappointed as well.