Without question, one of the biggest advancements in PC gaming in recent years is the introduction of variable refresh rate (Adaptive-Sync) technologies such as AMD FreeSync and NVIDIA G-Sync. These technologies are enabled by an underlying VESA standard which is currently only widely supported by newer versions of DisplayPort. Both FreeSync and G-Sync allow graphics cards to communicate directly with a display and dynamically adjust the refresh rate based on the amount of frames the GPU can render per second. The result is a much smoother, and tear-free gaming experience.

How Does This Make My Games Better? 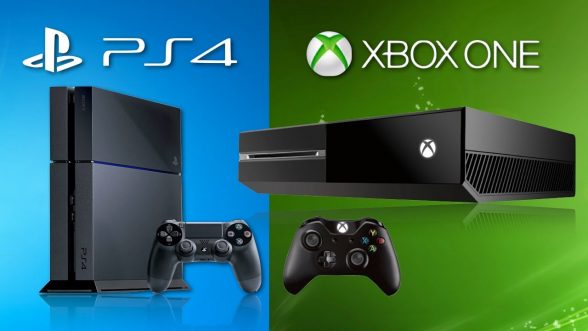 That’s a good question. One way it could greatly improve the gaming experience is with consoles. Historically, these are devices which run games at capped frame-rate (usually 30 FPS, but sometimes 60 in certain cases).  The reason for this capping is so developers can try to ensure the smoothest possible experience while maintaining the highest possible visual fidelity. Now in practice, this isn’t all that great, as many PC gamers will note. It may help to elevate tearing and frame rate spikes, but it also lowers the performance ceiling greatly which can cause all sorts of other issues.

With Adaptive Sync, console developers will no longer have to choose between frame rate or visual fidelity (within reason). This is because instead of there being a single static refresh rate which they have to consistently deliver, there is a much wider threshold (how wide depends on the monitor’s maximum refresh rate), but in the case of most TVs, it would likely be between 30 and 60 Hz. This means that every frame rendered that is delivered anywhere between 30 and 60 FPS will be smooth. Drops from 60 to say, 45 FPS will be barely noticeable, if not at all.

4K Gaming In the Living Room 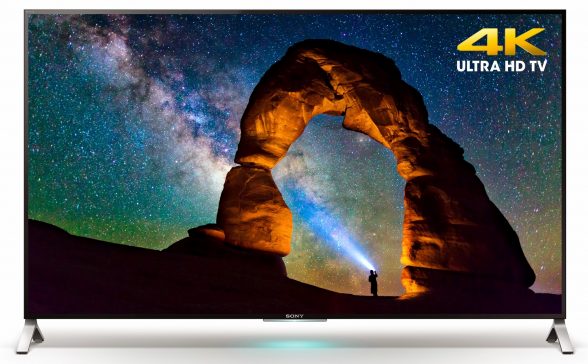 While it may be a while before we see consoles capable of properly outputting 4K resolutions (despite rumors of the contrary), PCs are already very capable at this feat. Unfortunately, in order to do it and maintain what we’d consider a smooth experience (constant 60 FPS), you’ll likely need multiple high-end graphics cards, which may not be realistic for a box sitting in your living room. However, with Adaptive-Sync, you needn’t worry about constantly getting 60 FPS, instead simply maintaining a frame rate within your display’s adaptive threshold will result in a relatively smooth experience. Instead of a constant 60 FPS, averaging ~45 FPS will be just fine, for most situations. 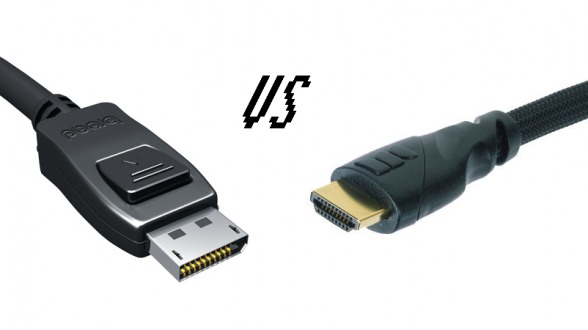 Sounds pretty great, right? Unfortunately as of this moment, the technology can only be enjoyed on PCs connected to desktop monitors. That might be fine for some, but for those of us that would like to play our games in the living room on a PC or game console, we’re currently out of luck. I personally have seen this feature requested from both PC and console gamers alike, on various online gaming communities. It is because of this that I felt it necessary to speak out on the subject. I have long been a champion of employing the best gaming standards available. And personally, see this as being no different.

The problem is a rather simple one: while DisplayPort is fairly widely available on monitors and graphics cards alike, the most widely used display interface — especially as it pertains to TVs — is HDMI. While the newest version — HDMI 2.0a — now supports technologies such as 4K 60Hz output, it does not currently support the VESA standard Adaptive-Sync, which is required for variable refresh rate technologies to work. You may ask yourself, “Why doesn’t HDMI support this now?”  – The simple answer is: there’s no good reason. In reality, picking up the standard would not interfere with how the interface functions with current devices, it wouldn’t increase the cost in any meaningful way, and it wouldn’t even force consumer electronics makers to adopt support for it. It would just make the necessary tools available so they could support Adaptive-Sync in their devices if they desired.

I personally believe this is a no-brainer and something that can benefit all gamers, without question. If you love playing video games and want your gaming experience to be even better, then I implore you to sound out in the comments below and on your favorite social media platform!