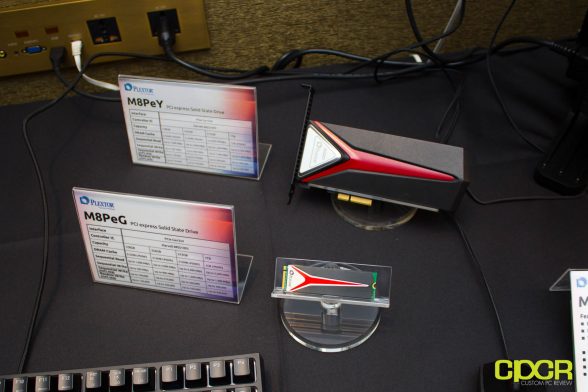 Plextor had some brand-new PCIe SSDs to show at Computex this year with fancy heatsinks and some great performance. 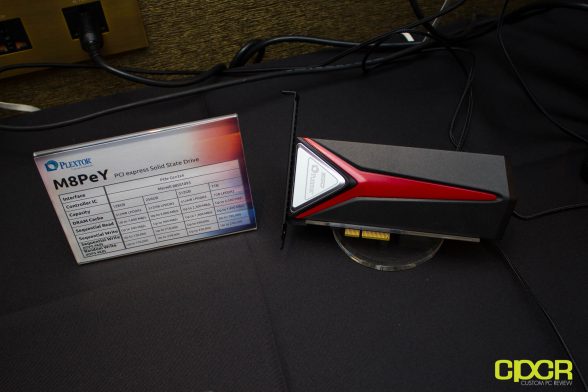 Plextor first unveiled the M8PeY at this year’s CES. This new PCIe SSD features the Marvel 88SS1093 controller and 15nm Toshiba TLC NAND. Boasting sequential read/write performance of up to 2,500MB/1,400MB/s and a random read/write performance of up to 280,000/240,000IOPS, the M8PeY is the fastest storage device Plextor has in their arsenal. Although I’m not quite sure why since the PCIe bus can provide 75w of power, it even comes with an additional SATA power connector at the top for “added power stability”.

*Possible typo on Plextor’s information card as usually random read performance is higher than random write performance. We’ll be verifying that with Plextor and release an update shortly. 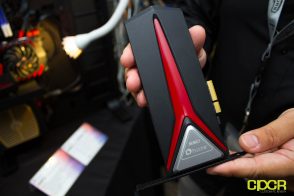 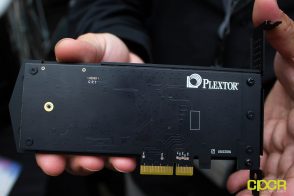 One of the biggest focus for manufacturers this year is on the aesthetics of the components. In this regard, Plextor installed a beefy heatsink and a black PCB. Plextor representatives told us the reason for this is because “When you look inside your computer, you want to make sure everything looks good. You don’t want a component to stick out like a sore thumb.” 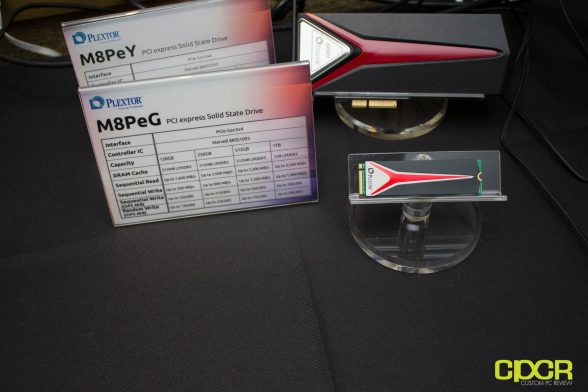 Plextor also displayed the M8PeG M.2 SSD catered towards portable gaming laptops and high-performace ultrabooks. It has the same Marvell 88SS1093 controller and 15nm Toshiba TLC NAND used on the M8PeY. As it’s essentially the bare M.2 drive without the PCIe adaptor and the cool adaptor, Plextor guarantees the same performance as well, marking the M8PeG at 2,500MB/1,400MB/s in sequential read/write and up to 280,000/240,000IOPS in random read/write. 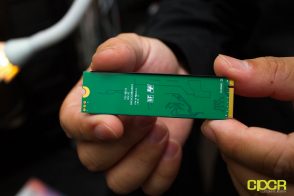 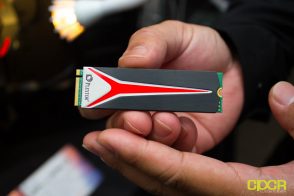 *Again, Possible typo on Plextor’s information card as usually random read performance is higher than random write performance. We’ll be verifying that with Plextor and release an update shortly. 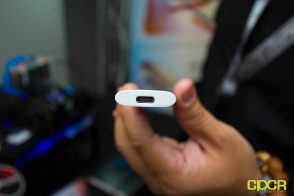 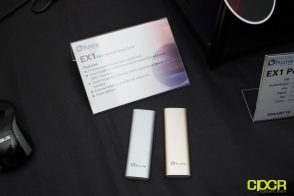 The final highlight at Plextor’s booth is its EX1 external SSD. Externally, it uses a full aluminum shell running off of a USB 3.1 Type C connector. Internally, it uses an unnamed Marvell controller and Toshiba MLC NAND. Plextor is looking to integrate TLC NAND in Q3 of this year.