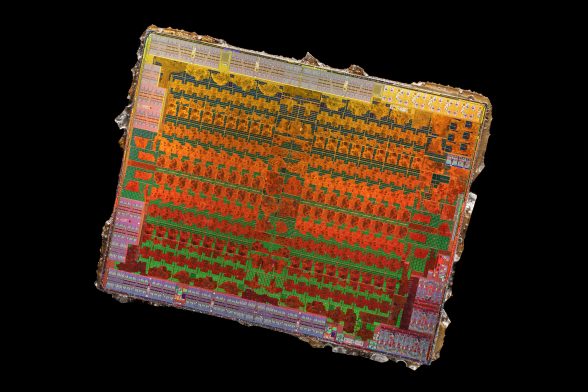 For those of you still holding out for an even higher end AMD graphics card based on AMD’s new Polaris 10 GPU, I’m sorry to say but this unfortunately isn’t likely.

Photos from a Flickr page belonging to Flickr user “Fritzchens Fritz” recently surfaced on the AMD subreddit with highly detailed images of AMD’s Polaris 10 GPU die. On the images, it appears that there’s just 36 GCN Compute Units in total, each of which feature 64 stream processors. Since the AMD Radeon RX480 features 36 GCN Compute Units and 2,304 stream processors, this means that it already takes advantage of the full Polaris 10 GPU and a higher end single GPU graphics card based on the Polaris 10 GPU is unlikely.

Thankfully AMD is expected to be coming out with their high end Vega GPUs sometime in 4Q2016 or 1Q2017, so those still holding out for an even more powerful AMD GPU shouldn’t have to wait too long.