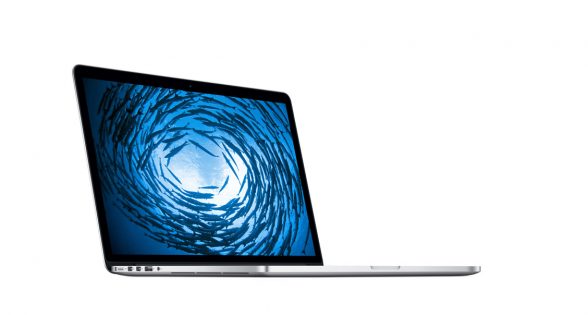 Bloomberg recently reported that Apple may be completely redesigning the MacBook Pro for the first time in 4 years.

According to Bloomberg sources familiar with the matter, the new MacBook Pro will be thinner, include a new touch screen strip for function keys, USB Type-C ports, fingerprint scanner, and a more powerful graphics card likely based on AMD’s latest Polaris GPU.  Apple is redesigning their MacBook Pros at a time when iPad and iPhone sales are down as consumers are waiting longer to upgrade devices.

Apple is also expected launching their new Mac OS Sierra operating system this fall, which may coincide with the MacBook Pro launch. The new operating system is expected to bring Siri to the Mac OS for the first time, new messaging and photo management features, deeper iCloud integration and a more efficient file storage system.