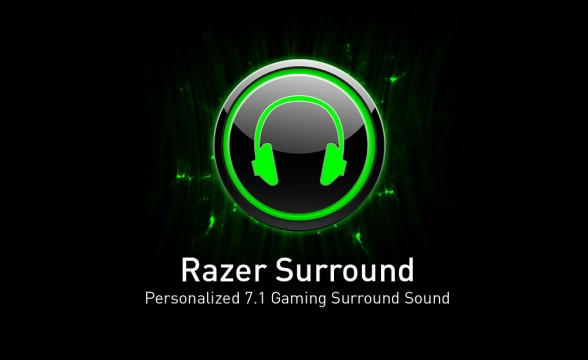 Generally when we hear about Razer, it’s about their gaming hardware, but recently they’ve been working hard on a number of new software packages that promises to help give gamers “the unfair advantage”.

Now the Razer Surround software officially launches today, but Razer was able to give us a chance to play with the software a couple days in advance, so I’ll be giving you my impressions of it after a couple fun days of testing. Of course, those who’d rather not waste time reading a review on some free software you can go ahead, download it and draw your own conclusions about the software instead.

Before we move on, let’s first take a tour around the software package. 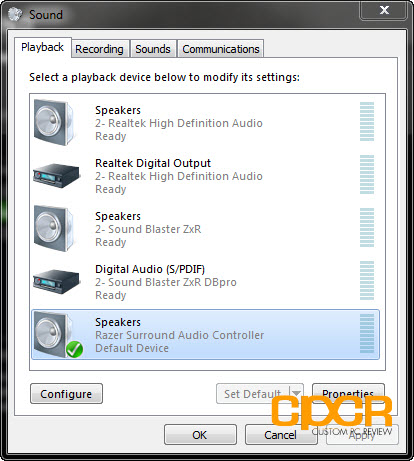 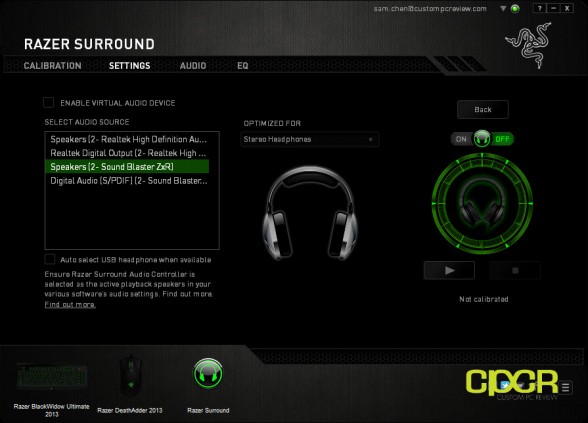 After making the Razer Surround speaker your default device, simply choose any of your speakers/headphones and click “ENABLE VIRTUAL AUDIO DEVICE”. This will then enable Razer Surround on the device and you’re good to go. 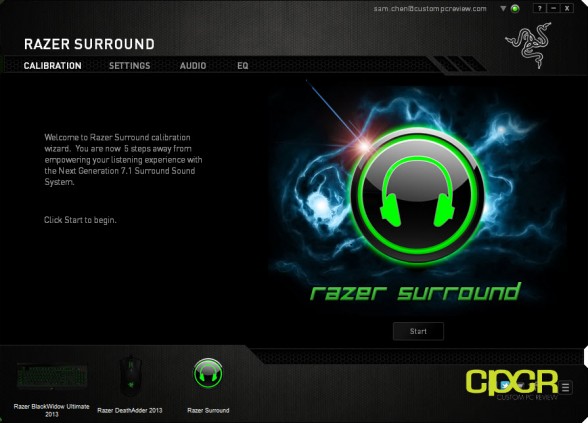 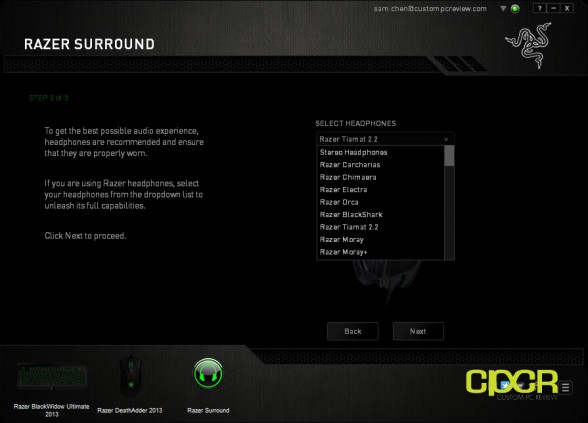 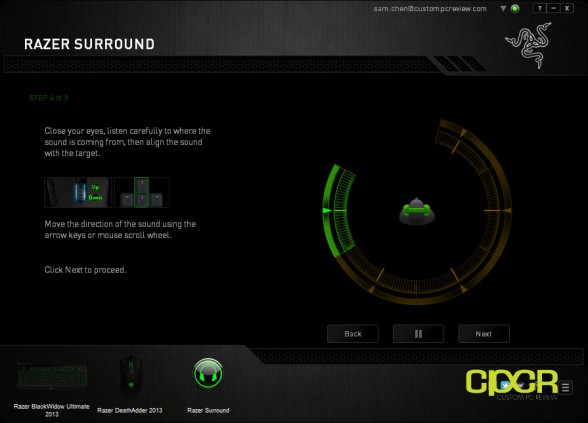 Moving on with the calibration, the Razer Surround software will then have you listen to an audio file of helicopter blades spinning. You will then be responsible for making sure that the sound is coming from the correct location. 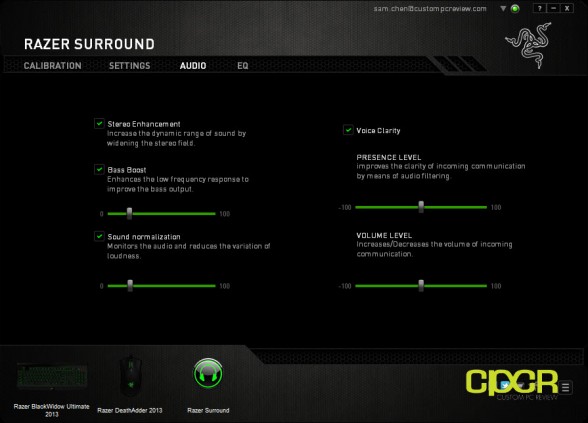 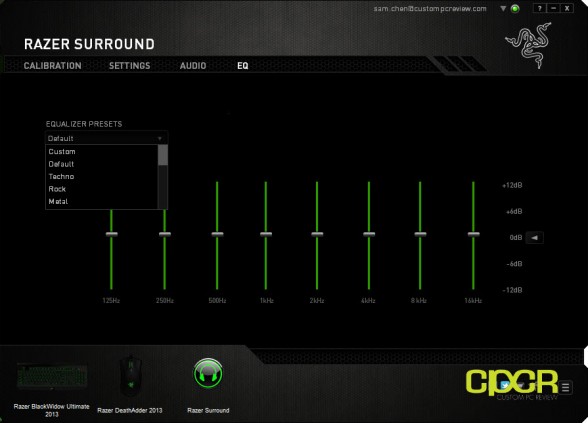 Of course, no audio tuning software would be complete without an equalizer so Razer has included one as well.

I’d say that most of us should be pretty familiar with the idea of virtual 7.1 surround sound. Creative has been pushing this stuff for years and lately, pretty much every gaming audio company has jumped on the bandwagon for this one in one way or another. Even motherboard manufacturers have begun dabbling into the idea of either virtual surround either designing it themselves or licensing it from a third party.

As for Razer’s solution? Well long story short, it works. Simply calibrate one of your headphones, listen to a surround sound audio track, and flip the on and off switch on the Razer Surround controls. Flip the switch back to on, then go play a game because at the end of the day, that’s what it’s all about.

That said, with unprocessed onboard audio, the sound is flat and is simply noise. You can tell if something is coming from the left or the right, but you’re out of luck trying to determine if it’s coming from the back, back left, front left, etc. Flip on the switch and you get not only positioning, but you also get a better perception of depth as if the entire soundstage opens up almost into the size of a real battlefield depending on which headset you’re using.

If you don’t believe me, go ahead and check it out. It’s not like it costs you anything, so why not. Just be sure to try it before Jan 1, 2014. Otherwise be prepared to pony up $19.99 for the privilege.