The Most Beautiful Mousepad Ever Made 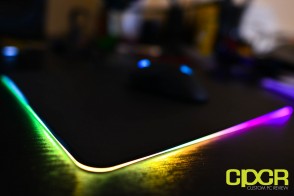 One day, a Razer engineer took his hand off his mouse and reached for his Chroma’ed out coffee mug. As he slowly sipped his delicious brew that may or may not contain alcohol, the dazzling lights of his mug converged with the blank blueprint on his desk in perfect harmony. The engineer’s eyes glowed (with excitement), and he hastily drew the design for a Chroma’ed out mousepad – the Razer Firefly.

Of course that’s probably not how it actually happened, but I’m sure the engineers at Razer were like so we have so many glowing peripherals nowadays, why not complete the lineup with a glowing mouse pad?

The Razer Firefly is pretty much your typical hard gaming mousepad with LEDs lined on three sides. As such, it’s the first mouse pad we’ve ever seen to have system requirements. It’s not a lot, but it’s strange seeing a mousepad that needs a USB port and 100MB of disk space for the drivers.

According to its product sheet, the Razer Firefly is capable of outputting 16.8 million colors just like the rest of the Chroma-certified Razer gear. I’m sure Razer also specifically tuned the Firefly to help improve mouse tracking and all that, but who cares? Let’s look at some shiny lights!

A Closer Look at the Razer Firefly 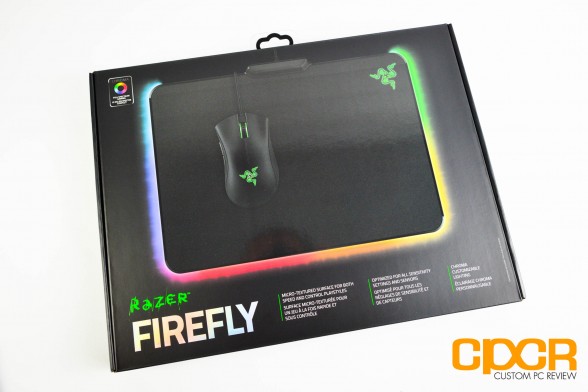 Here’s a look at the packaging for the Razer Firefly. It’s definitely the biggest packaging I’ve seen for a mousepad. 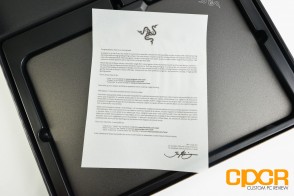 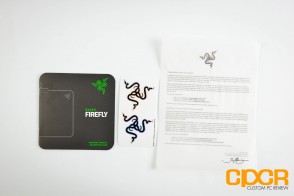 Included we get a couple pieces of documentation, some Razer stickers, and the Razer Firefly itself. 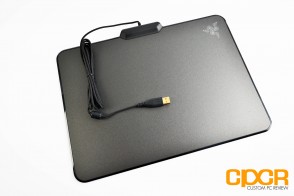 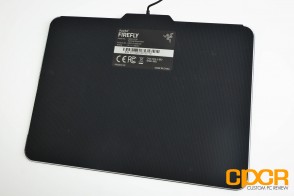 Here’s a closer look at the Firefly.

The top of the Firefly is constructed of a micro-textured plastic finish while the bottom is made of rubber anti-slip material. The thickness of the Firefly measures in at just 4mm, or 0.16″, which is actually relatively thin especially compared to some of the thicker cloth mousepads we’ve seen over the years. Pretty impressive considering Razer crammed a bunch of LEDs into the thing. There’s a single braided USB cable coming from the top of the Firefly. 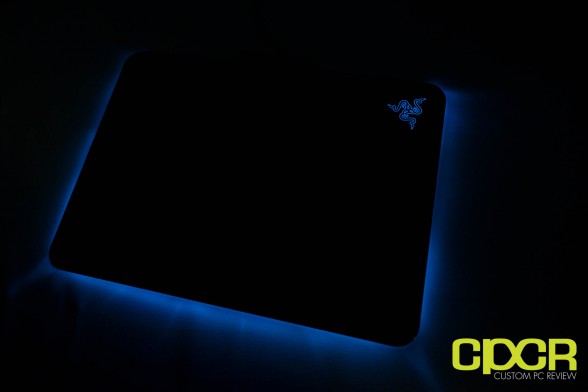 Plugging in the Razer Firefly, it immediately lights up with a nice beautiful glow on three sides of the unit along with the Razer logo at the top right corner. The LEDs are RGB, so you’ve got 16.8 million colors to choose from…

Needless to say, it’s quite beautiful. 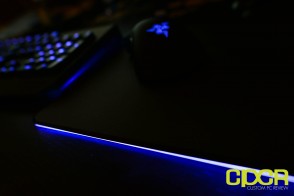 Alright, so before we talk about the “secondary function” of this mousepad, let’s spend a little time talking about the Firefly’s “primary function” – a mousepad. First, the feel. Contrary to many other hard surface mousepads, the material on the Firefly actually isn’t as slippery as initially expected. Those who’ve used (and hated) the ultra slippery metal mousemats in the past will find that the micro-textured Firefly strikes a good balance between speed and precision although like any hard surface mousepad, it’s very much geared towards speed. Those who want ultra-precise movements are still better off with a soft cloth mousepad, but the Firefly is a good balance no doubt about it.

A concern I had initially was that the embedded LEDs would make the mouse mat too tall to rest your arm on comfortably, but with a thickness of just 4mm, that was pretty quickly alleviated. The large, non-slip rubber base also did a great job at keeping the mousepad from moving around my desk despite all the jerking movements. 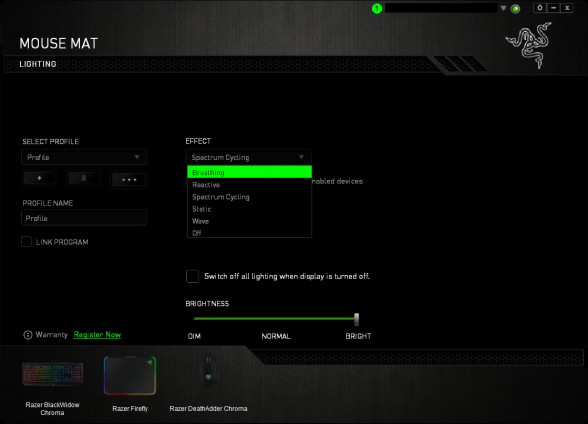 All in all, the Razer Firefly was a joy to use and there are only a few minor drawbacks that you’ll have to live with. The biggest is that the LEDs will need electricity and a way to interface with the Synapse software, so you’ll have to sacrifice a precious USB port. Obviously if you’re purchasing the Razer Firefly, chances are that you probably have a motherboard with more than enough ports anyway. The more critical issue however, is that the Firefly doesn’t come cheap. MSRP for the Firefly is ~$60 which is downright crazy for a mousepad. In a world where even the highest-end mouse mats don’t break the $40 mark, the Razer Firefly really does set the bar for  premium pricing. Then again, it’s the only RGB backlit gaming mousepad I know of and innovation (especially from Razer) is never cheap.

Overall the Razer Firely is downright the most beautiful mouse pad we’ve ever laid eyes on and it’s almost as much quality mousepad as a fashion statement. If you’ve got cash burning a hole in your pocket and you’re a serious Razer fanboy or just want to complete your Razer Chroma set-up, the Razer Firefly will be an excellent addition.