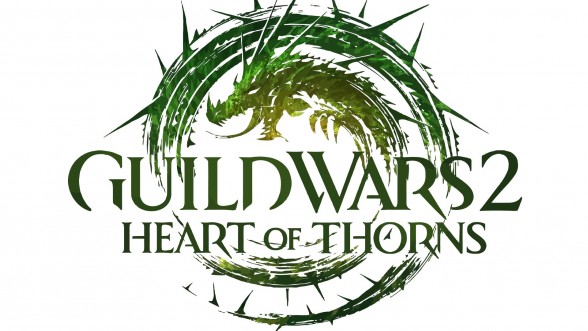 At the PC Gaming Show event at E3, ArenaNet showed off the guild hall feature in the much anticipated upcoming Heart of Thorns expansion pack. These guild halls are essentially large jungle maps initially under the control of Mordremoth’s evil forces and a guild will have to reclaim it for themselves. Looking at the gameplay trailer the map gameplay is shares similarities with dungeons, the rooms and enemies located in a systematic distribution, but the distinguishing factor is the reward of owning a customizable space after completing the guild hall territory takeover. Note that the guild hall is a vast space and having a decent size guild to go through it will be ideal as smaller groups may struggle with the sheer scope of the map.

Now focusing more on the guild hall itself, the space brings an extraordinary amount of sandbox freedom to an already open world full of things to explore. In the trailer we get to see several buildings that guilds can build, most notably the arena. Quintessentially it is a Colosseum like structure for players to duke it out with the settings and environment all player determined. Guilds may use this area to test out new strategies, train rookie members, and challenge other guilds to massive GvG battles. In fact ArenaNet is such a proponent of empowering the gamer that they have allowed on the fly customization, which means the host guild can build new decorations or change the terrain during battles. Although I would not recommend pausing in the middle of a fight to decide in what color palette best suits your arena set up, I must admit the option to do so is liberating. In addition to the guild halls, guild teams will also be available in the expansion allowing for players to group up with their friends and compete on the global leaderboards.

To top of  all the announcements, pre sales for the Heart of Thorns expansion began as of yesterday June 16. The standard edition is going for $49.99, the deluxe edition for $79.99 and ultimate edition for $99.99. Just like the initial pre-purchase of Guild Wars 2, buying the presale version gives access to all beta events.