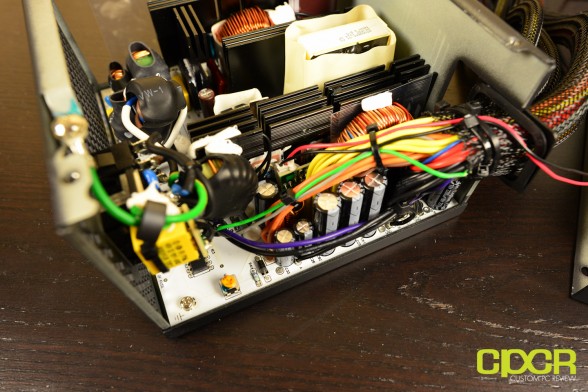 “Of course!” may be your immediate reaction upon reading the title. But if that were true, we wouldn’t have wrote this article. According to a recent article over at VR-Zone, the C6/C7 power saving feature that comes with Intel’s next generation processor may put your power supply’s compatibility into question.

We already know that Haswell CPUs will have lower power consumption compared to Ivy Bridge, but what we didn’t know is that some power supplies may not meet Haswell’s minimum current output requirements for when it kicks into its C6/C7 power saving state. Ivy Bridge Processors required a minimum current output of 0.5 Amps, which allowed manufacturers to implement a more primitive feedback loop and over/under volt protection to reduce cost. Haswell on the other hand will need just a measly 0.05 Amps at its low power states, which poses a challenge to some power supplies (especially the cheaper ones) as they may not be able to feed that little current into their 12V2 rails. Running a Haswell system on an incompatible power supply may trip the power supply’s OVP/UVP circuits and cause random shutdowns and other stability issues as the processor goes into its C6/C7 power-saving modes.

The situation is worsened by the lack of information on packaging. Many power supplies, even some of the higher end ones, do not write the minimum load output on the box, which makes it even harder to for users to find compatible power supplies.