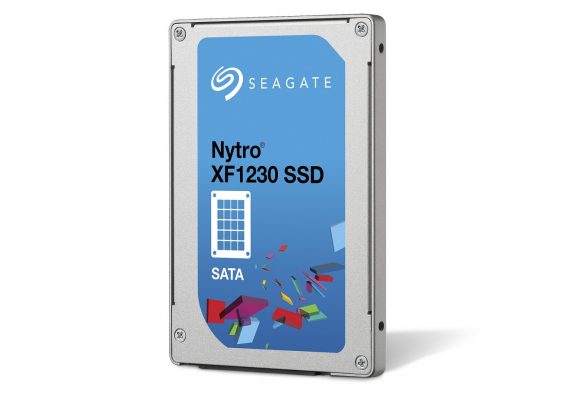 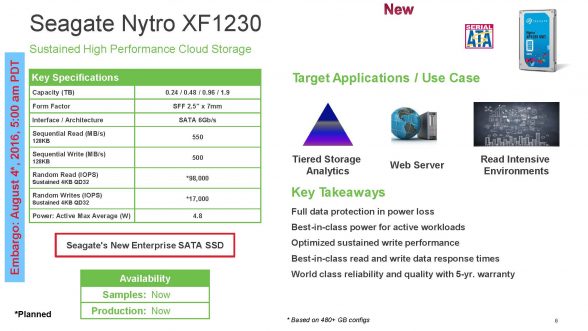 Developed in partnership with SK Hynix, the drive utilizes a SK Hynix controller along with 16nm SK Hynix MLC NAND. It will be offered in capacities of 240GB, 480GB, 960GB and 1.92TB. Performance on the drive is rated at up to 550 MB/s sequential reads and 98K IOPS 4K random reads. Power consumption is rated at 4.8w active maximum average. The Seagate Nytro XF1230 will also come with a 5 year warranty although endurance will be rated at under 1DWPD.

The Seagate Nytro XF1230 is both sampling and in production.