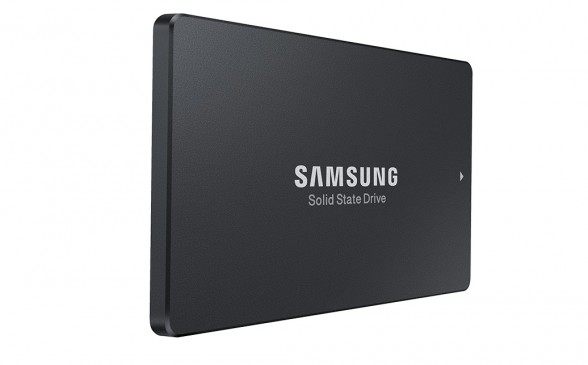 With just several weeks to go until Flash Memory Summit, but it looks like Samsung couldn’t wait as they’ve recently announced that they’ll be revamping their data center SSD lineup with the introduction of two new SSDs based on their V-NAND technology.

The first is the Samsung PM863 which is designed for read intensive workloads such as those found in CDNs, streaming servers, web servers, etc. Utilizing Samsung’s 3-bit MLC 3D V-NAND along with a new Mercury controller, the drive is capable of up to 540 MB/s sequential reads and 99,000 IOPS random reads. As a true enterprise SSD, the Samsung PM863 will also be equipped with a full array of Tantalum capacitors for full power loss protection.

The second is the Samsung SM863 which is designed for write intensive workloads such as those found in mail servers, OLTP databases, high performance computing, etc. Utilizing Samsung’s 2-bit MLC 3D V-NAND and a new Mercury controller, the drive is capable of up to 540/485 MB/s sequential reads/writes and 97,000/29,000 IOPS random reads/writes. Like the Samsung PM863, the Samsung SM863 is also equipped with a full array of Tantalum capacitors for full power loss protection.

More information can be found at the Samsung website here.

“Companies around the world are racing to digitize their business processes, which is putting increased strain on the data center and extreme pressure on IT managers to find a solution quickly,” said Un-soo Kim, Senior Vice President of Branded Product Marketing, Memory Business, at Samsung Electronics. “The PM863 and SM863 solid state drives are the ideal solution, offering much higher density in the 2.5” form factor, which saves IT managers at small and medium sized businesses precious real estate in the data center without sacrificing power or performance thanks to our breakthrough V-NAND technology.”

The 3-bit MLC V-NAND-based PM863 is developed for mixed pattern applications and ideal for use in content delivery networks and streaming or Web servers. Alternatively, the write-intensive SM863 based on 2-bit MLC V-NAND is an optimal choice for online transaction processing (OLTP) and serves as an ideal choice for email and database servers.

Both drives will be available to SMBs in early August 2015. They are already available for the enterprise.