When it comes to fun trade shows, Computex Taipei has always topped the list. There, hundreds of technology vendors show off their latest products, and for someone who loves computer hardware, it’s like being a kid in a candy store. Computex this year however, has been a little different.

While it has been pulled, he made a pretty convincing argument as well. For example, the ThermalTake W100 compared to CaseLabs Merlin SM8.

or the CaseLabs TH10 vs ThermalTake W200 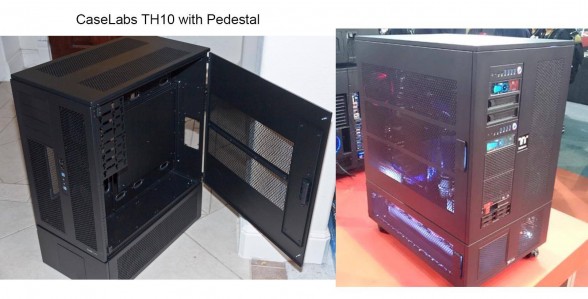 While I refrained from jumping into the drama at the time, a number of media outlets quickly jumped in to share their thoughts and the situation quickly blew up. Among the media outlets who jumped on the drama, Legit Reviews published a comprehensive piece on not only the accusations CaseLabs has made against ThermalTake, but also ThermalTake’s rampant stealing of many product designs from many different companies.

While I’ll let you be the judge as to whether any of these accusations have any merit, it appears that CaseLabs has recently issued an apology to ThermalTake regarding the accusations made by CaseLabs VP Kevin Keating. 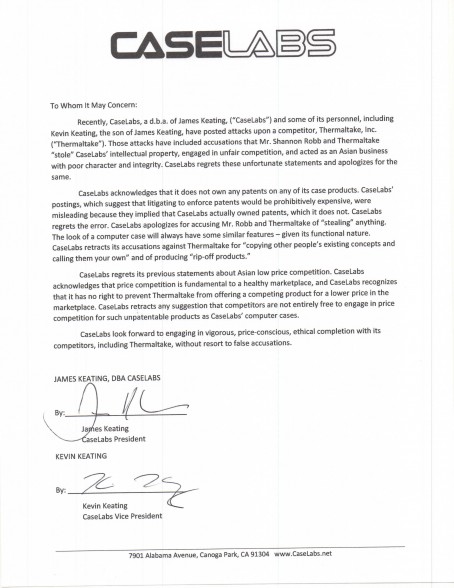 In the apology, CaseLabs states that they do not actually own any patents on their case designs and have apologized for the accusations they’ve made against ThermalTake.

What do you think of the matter? Should companies be allowed to produce “copycat” designs of other products as long as there’s no patent protecting it? Post a comment below!