With Intel’s Skylake looming right around the corner, everyone has all but forgotten about Broadwell… until now. Thanks to Chinese hardware site XFastest, some new leaked slides have surfaced detailing the possible specifications of the rumored Broadwell-E processors. 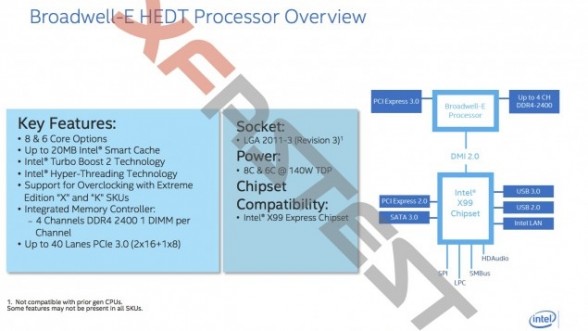 The leaked slides also indicate that some SKUs will have the X and K suffix with unlocked multipliers for overclocking. Launch date for Broadwell-E is expected sometime in Q1 2016. 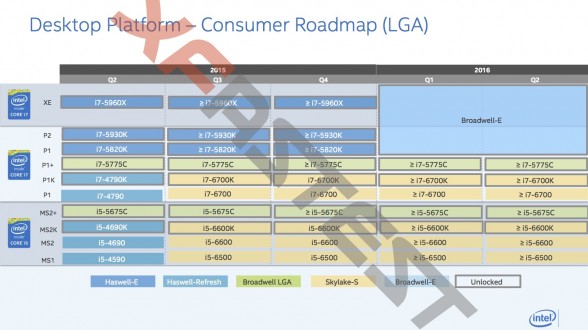 More information as it becomes available. Until then, stay tuned.