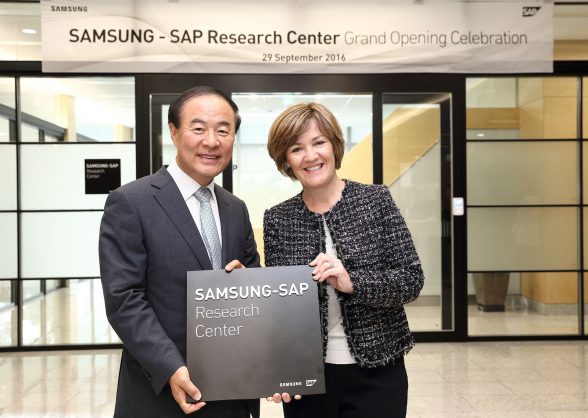 Samsung Electronics and SAP recently announced the grand opening of a new joint research center where they will conduct R&D for the next generation of in-memory database technology.

In-memory databases such as SAP’s HANA stores large databases in memory rather than in more traditional storage mediums. As memory is orders of magnitude faster and lower latency compared to even the latest in SSD technology, it allows companies to handle data processing and analysis significantly faster compared to traditional database technologies.

The new research center will allow the two companies to work closer on new in-memory technology research and its commercialization. The center will also allow Samsung and SAP customers to receive extensive technical support including testing of SAP’s HANA platform. This comes just a year after Samsung and SAP joined forces in 2015 to co-develop a platform for SAP HANA.

According to the release, the servers at the center will utilize a 24TB of DDR4 utilizing Samsung’s 20nm 128GB DDR4 3DS (3D Stacked) DRAM modules. The companies expect to begin implementation of Samsung’s 1xnm 256GB DDR4 3DS DRAM next year to increase power efficiency, capacity, and system performance.