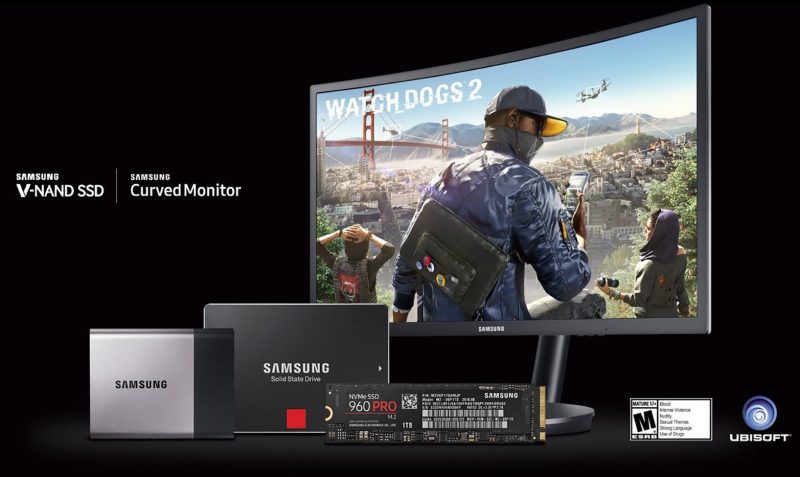 In a recent announcement, Samsung revealed that they’ll be bundling the upcoming Watch Dogs 2 game with the purchase of select Samsung SSDs 500GB and above or Samsung curved gaming monitors for the holiday season.

Watch Dogs 2, the sequel to Watch Dogs, is one of the most highly anticipated games of this year. The game is an open world action adventure game following hacker Marcus Holloway, a hacker who goes around a fictional version of the city of San Francisco taking down the city’s ctOS 2.0 surveillance system.

Samsung will begin offering the Watch Dogs 2 bundle beginning now through December 31, 2016 or while supplies last.