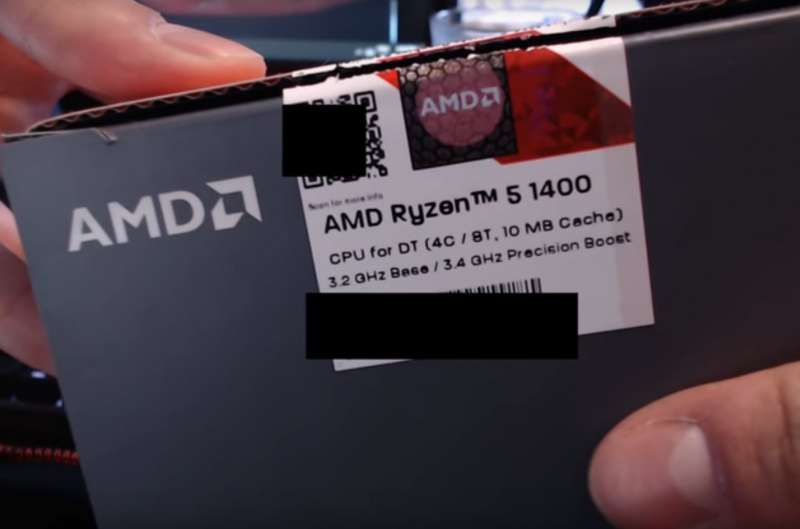 AMD’s Ryzen 5 CPUs aren’t expected to launch until April 11 so up until now, benchmarks for the Ryzen 5 series were simulated by disabling cores on the octa-core Ryzen 7 series CPUs. However, according to a recent video released by Youtube channel Santiago Santiago, we get a glimpse at Ryzen 5 1400 performance in the flesh thanks to a retailer which appears to have jumped the gun on sales of the upcoming CPU.

The quad-core Ryzen 5 series is architecturally similar to the octa-core Ryzen 7. It uses two partially-disabled CCXs linked together using the Infinity Fabric. Since the Ryzen 7 CPUs suffered from improper thread scheduling and latency introduced by the Infinity Fabric, it produced sub-par gaming performance at 1080p. Gamers worried that because Ryzen 5 does not use a single quad-core CCX, it will suffer the same issues that plagued the Ryzen 7.

However, this apparently wasn’t the case. The Ryzen 5 1400 (when clocked at 3.8GHz) traded blows against the Intel CPU, trailing behind slightly at times and leading in others. All-in-all, the video demonstrated that Ryzen 5 can perform on par with current generation Intel CPUs. With that said, more in depth testing will have to be done to reach a concrete idea of how it performs.

The AMD Ryzen 5 1400 is slated to be priced at $169. The only differentiating factor between it and the higher-end SKUs in its family is the clock speed. All Ryzen CPUs are multiplier-unlocked, so it’s possible to push its performance to over match that of the Ryzen 5 1600X.