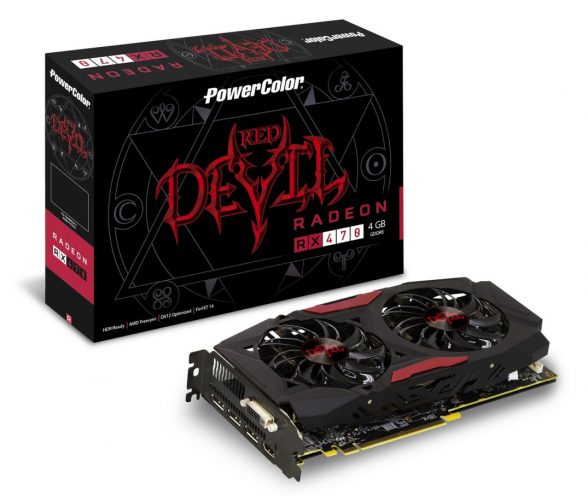 This week, PowerColor has launched the latest in their new lineup of Red Devil graphics cards which are based on AMD’s latest Polaris technology. The RX 470 Red Devil is based on the newly launched Radeon RX 470, which aims to bring excellent 1080p gaming performance to the mainstream markets. 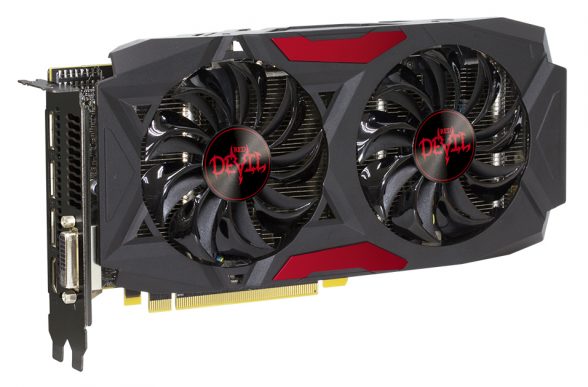 The RX 470 Red Devil offers a dual-fan cooling solution, which utilizes a pair of 90mm dual ball bearing fans which feature PowerColor’s DoubleBlade III fan design for increased airflow and reduced dust accumulation. What’s most intriguing about the RX 470 Red Devil, is it seems to offer the highest factory overclock of any of the RX 470s on the market today. It also features a dual BIOS switch for easily switching between the “OC” and “Silent” modes, which are clocked at 1270 MHz and 1220 MHz, respectively. Memory is also overclocked to the same 7.0 Gbps found on the reference 4GB RX 480.

It’s no secret that all of the RX 470s have been a little lackluster in terms of pricing, while the cards deliver excellent 1080p performance that is just about 10% behind the higher-end RX 480, pricing is also overlapped with reference RX 480s costing the same as non-reference RX 470s. This is an issue AMD needs to sort out, but with such limited stock at the moment, it is not entirely surprising.

That being said, of all the RX 470s which we’ve seen to date, the Red Devil does seem to offer the most for your money. At $199, you get an OC that is silently higher than a reference RX 480 along with a much better cooling solution, a premium backplate, and a DVI-D connector. It’s not the worst deal and I doubt anyone who bought one of these would be disappointed. Still, I do wish we’d see more cards at the $180 MSRP, however, that void will probably be filled by the likes of PowerColor’s Red Dragon RX 470, which has yet to hit store shelves.

The PowerColor RX 470 Red Devil is available on Newegg (but currently out of stock at the time of writing).