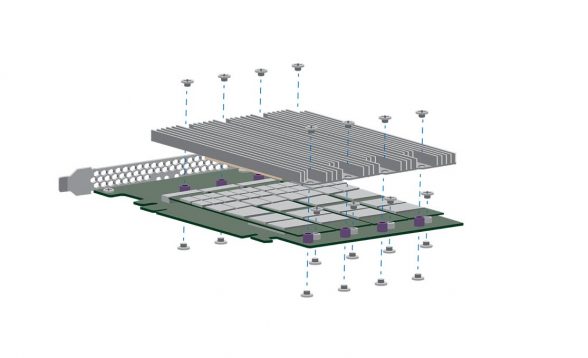 Seagate has already made several announcements leading up to FMS this year, but they’ve saved a couple more for FMS as well.

Today Seagate announced the Nytro XP7200 which is a PCIe x16 AIC solution capable of delivering up to 10GB/s and just under 1 million IOPS. 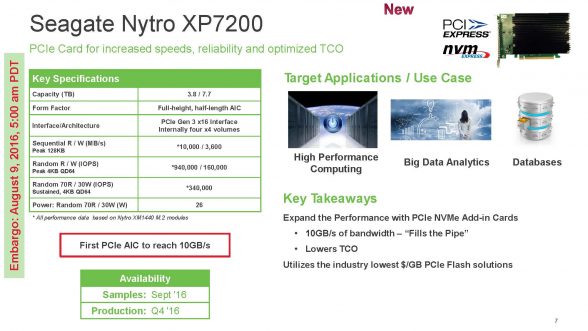 While the numbers are fairly impressive on paper, the Seagate Nytro XP7200 is not really an actual SSD but rather a backplane card that hosts 4x Seagate Nytro XM1440 M.2 SSDs. As it’s a backplane card, it has no actual logic chip onboard, so in order to reach the advertised 10GB/s sequential and 940K IOPS random reads, it’ll require the user to run the setup in a software RAID 0 array or something similar.

What’s nice about the Nytro XP7200 is that it’s a quick and easy solution for enterprise customers with existing hardware to quickly and easily drop in 4x Nytro XM1440 M.2 drives and determine how they want to use it. Customers can just as easily run the setup in a RAID 0 array for maximum performance, a RAID 10 array for a bit of redundancy and performance, or whatever other method preferred.

The Seagate Nytro XP7200 is expected to begin sampling in September with mass production to begin in 4Q2016.