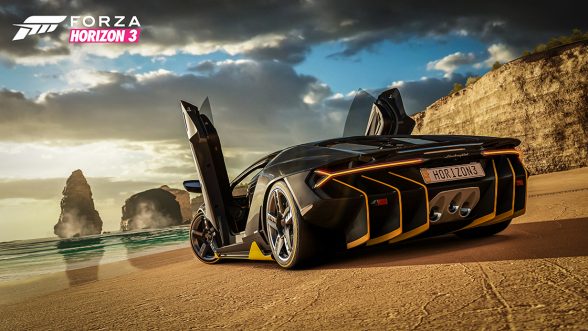 Forza Horizon 3 releases tomorrow (for Ultimate Edition owners), while the rest of us mere mortals who’ve purchased the standard, or other editions will gain access to the title on the 27th. Today, NVIDIA has released its Game Ready drivers for GeForce graphics cards, which are optimized specifically for Microsoft’s new open-world racer. You can grab them at this link or automatically via the GeForce Experience client’s driver update function.

If you’re curious as to whether your system is up to the task of running the game, the developers of Forza Horizon 3 also recently released the minimum and recommended system requirements for the title, which are as follows:

Pre-loads for the title are available now for Windows 10 devices via the game’s Windows Store page. AMD users shouldn’t be too worried, as the developer announced yesterday via Twitter that game ready drivers from both NVIDIA and AMD would be available today, so it is possible that we’ll see an update from Team Red soon.
Additionally, if you have an AMD CPU, the minimum and recommended requirements may seem to indicate that you’ll have trouble running the title, however it is entirely possible that the lack of information is just an oversight on the developers behalf. Of course, we’ll update you as we have more information.

Pre-load is now available for #ForzaHorizon3 on Windows 10! Also, look for game-ready drivers coming from @NVIDIA and @AMDGaming tomorrow!