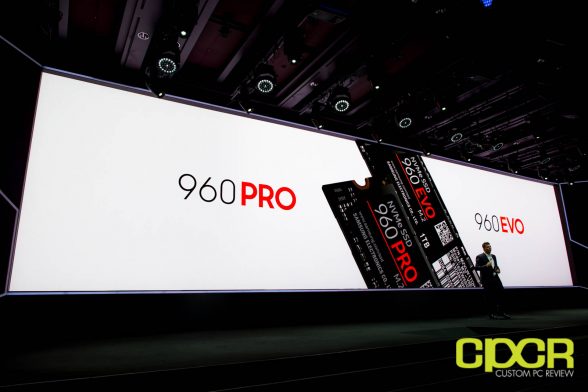 Following up on Samsung’s earlier announcement on the 960 PRO and EVO SSDs, Samsung shared additional details on their new SSDs as well as some of their new underlying technologies powering them at the 2016 SSD Global Summit.

As we saw previously in the announcement, the Samsung 960 PRO will feature 3 capacities 512GB, 1TB and 2TB. The drive will be powered by Samsung’s Polaris controller and 3rd Generation 2-bit MLC 3D V-NAND. It’ll also feature advanced packaging technology to reach its 2TB capacity which we discuss in detail later in the article. 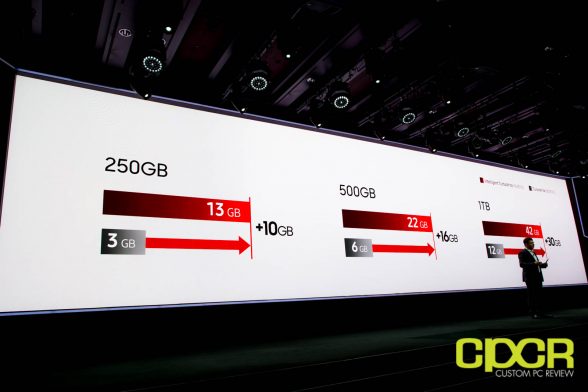 In order to reach this level of performance, the drive now features new Intelligent Turbo Write. The new implementation of Turbo Write will now feature significantly larger SLC caches to the tune of 13GB for the 250GB model, 22GB for the 500GB model and a massive 42GB for the 1TB model. 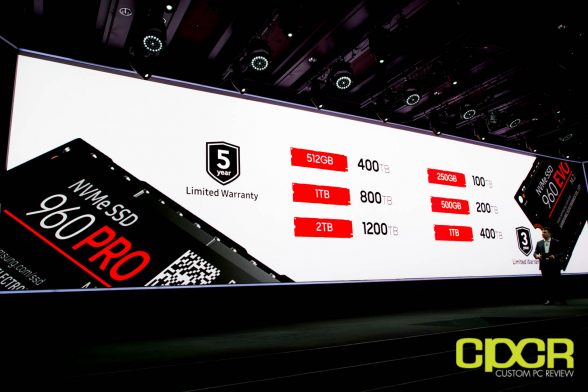 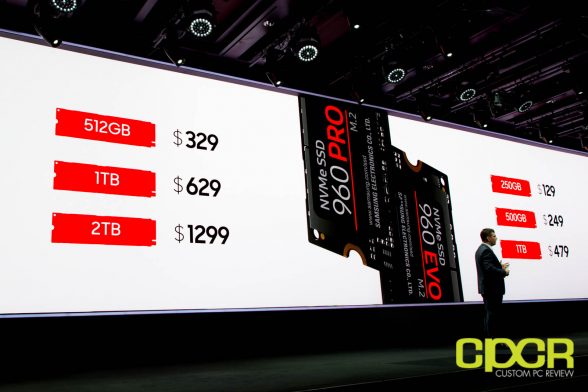 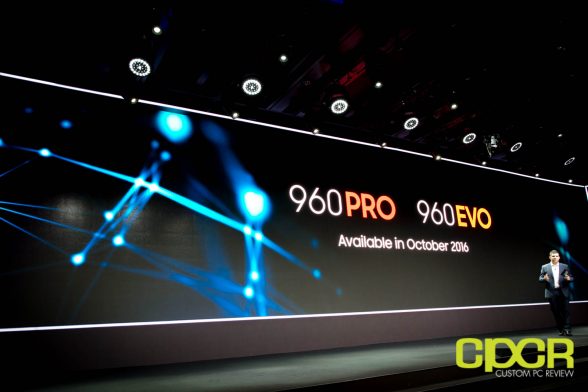 Both drives will be available worldwide in October 2016. 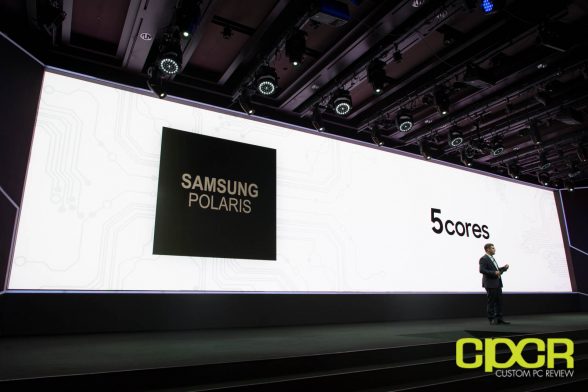 Samsung also discussed improvements in the 960 series SSDs for reducing the impact of thermal issues. The first improvement they made was through power efficiency. From the 950 PRO to the 960 EVO and PRO, there will be approximately a 10% reduction of power consumption. As you’d expect, lower power consumption will reduce the amount of heat generated. The second improvement is the implementation of a heat spreading label. With the new 960 series SSDs, Samsung will add a layer of copper into the label which will help dissipate heat.

For the Samsung 960 PRO, Samsung is also using a unique packaging technology in order to cram a whopping 2TB onto a single sided M.2 2280 form factor. Thanks to their complete vertical integration, Samsung is able to stack the DRAM die on top of the controller in a method called package on package. This then removes the need for a separate DRAM package on the PCB and allows Samsung to use a 4-landing design, which is essentially cramming 4x NAND packages on the PCB. With a 16-die stack on each package and 256Gb dies, this then allows for a 2TB capacity on the 960 PRO.

Samsung is also updating their Magician software in a big way. The entire interface will now be redesigned for ease of use. Samsung is also adding several new features, the biggest of which are include Secure File Erase and Magic Vault.

Secure File Erase will allow users to erase single files securely similar how a full drive secure erase function works. Files will not only be removed from the mapping tables, but will also be deleted in the NAND flash. Magic Vault on the other hand will allow users to make a password protected volume which is hidden to the operating system. This will be useful to keep sensitive content safe.

With any luck, we’ll be getting the new drives in-house in a few weeks, so stay tuned for their reviews!