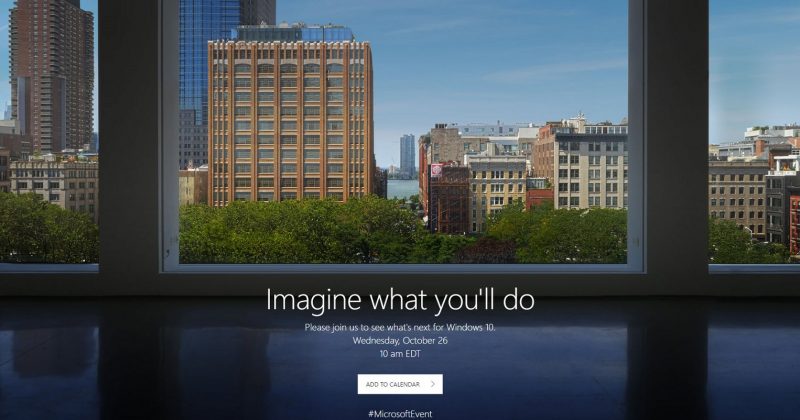 According to a recent blog post on Microsoft’s website, Microsoft will be holding a major press event in New York City on October 26, 2016. Aside from it saying that it’s a Windows 10 event, no additional information has been shared at this time.

As far as rumors up until this point, we haven’t heard much in regards to any new hardware that will be announced at the show. It has been rumored that Microsoft may reveal a new Surface device, but everything is pure speculation at this point. During the event, we’ll probably see some new Windows 10 devices from Microsoft’s partners as we head into the holidays. It’s been rumored that Lenovo will be doing some very aggressive promotions this year.

Since this is a Windows 10 event however, we should be seeing some big announcements for Windows. With Windows 10, Microsoft has committed from the get go to offer regular massive updates, so it’ll be likely that we’ll get a glimpse of some of the new features of the next iteration of Windows 10 Anniversary Update.

Either way, I’m pretty excited. What do you think will be coming down the pipe? Let us know in the comments below!